Want to lose weight? Have some dessert with breakfast! 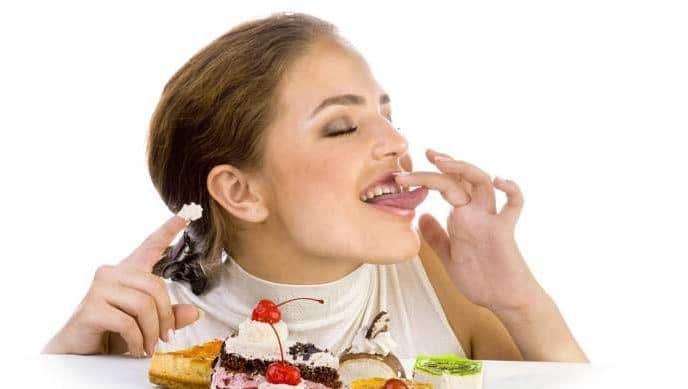 Dieters will have less hunger and craving through the day if they eat a carbohydrate-rich, protein-packed breakfast that includes a dessert. "The goal of a weight loss diet should be not only weight reduction but also reduction of hunger and craving, thus helping prevent weight regain," said Daniela Jakubowicz, the study's principal investigator. Jakubowicz, senior physician at Tel Aviv University's Wolfson Medical Centre in Holon, Israel, and her co-authors studied nearly 200 non diabetic obese adults who were randomly assigned to eat one of two low-calorie diets.

Both diets had the same number of daily calories-about 1,600 for men and 1,400 for women-but differed mainly in the composition of breakfast, the journal Steroids reports. One group received a low-carbohydrate diet, featuring a 304-calorie breakfast with only 10 grams of carbohydrates, or "carbs." The other group ate a 600-calorie breakfast with 60 grams of carbs, which included a small sweet, such as chocolate, a doughnut, a cookie or cake, according to a Tel Aviv statement.

Both diets contained protein (such as tuna, egg whites, cheese and low-fat milk) at breakfast, but the "dessert with breakfast diet" had 45 grams of protein, 15 grams more than in the low-carb diet. Halfway through the eight-month study, participants in both groups lost an average of 33 pounds (15.1 kg) per person, which Jakubowicz said shows that "both diets work the same."

Women who ate the dessert with breakfast diet were allowed 500 calories for lunch and about 300 calories for dinner. Men in that group could eat a 600-calorie lunch and up to 464 calories at dinner. As further evidence supporting the dessert with breakfast diet, the levels of ghrelin, the so-called "hunger hormone," dropped much more after breakfast than in the low-carb group: 45.2 percent versus 29.5 percent, respectively, according to the abstract.

Jakubowicz said the diet's high protein content reduced hunger; the combination of protein and carbs increased satiety, or feeling full; and the dessert decreased cravings for sweet, starchy and fatty foods. Such cravings often occur when a diet restricts sweets and can result in eating many fattening foods that are not allowed on the diet, she said. These findings were presented Monday at The Endocrine Society's 94th Annual Meeting in Houston, US.