May 19 is Vitiligo Awareness Day.

May 19 is Vitiligo Awareness Day. Also Read - People with this skin type should avoid using coconut oil on their face

Eighteen-year-old Priyanka Sharma says she feels like an outcast when fellow commuters get up as she sits beside them or her friends call her a cow. The reason: A white patch on her forehand five years ago that soon spread to other parts of her body. Vitiligo is a non-contagious condition in which the skin becomes depigmented, or loses its pigment. It most often affects the face, elbows, knees, hands and feet and the condition is more noticeable in people with darker skin tones. Also Read - Avoid these foods and drinks if you have psoriasis

‘People look at me differently. I feel like an outcast when my college mates bully me saying I look like a cow. The most disdainful thing is when people avoid sitting beside me. I feel like shouting that vitiligo is just a skin disorder and does not spread through contact,’ Sharma told IANS. According to doctors, a lot of social stigma is attached to vitiligo and adolescents so afflicted often slip into depression. The social stigma is largely due to the white patches prominently standing out on dark complexion. The condition is not present at birth and mostly shows up between the ages of 10 and 30. Also Read - 6 facial bumps that are not actually acne

‘A lot of misconceptions prevail about vitiligo, such as it being contagious and painful, but this is not true. A lot of awareness is needed about vitiligo – that it can be treated, and does not spread through contact. I have seen cases in which marriage becomes difficult for such patients,’ Niti Khunger, a dermatalogist at Safdarjung Hospital, told IANS. According to doctors, vitiligo can be hereditary in some cases, but a major cause for it is autoimmunity or the malfunctioning of the white blood cells.

Surgical treatment of vitiligo has advanced in the last few years. ‘The results are encouraging and patients must not lose hope,’ said Rohit Batra, dermatologist and vitiligo expert at Sir Ganga Ram Hosptial. Implanting melanocyte – melanin producing cells – is a new treatment in which a patient’s pigmented cells are taken from the normal portion of skin and implanted in the vitiligo-affected skin. ‘A very thin skin sample from the normal pigmented area is removed and spread on the scraped white spots. The dressing is removed after a week and natural pigmentation starts. The entire white area becomes normal within two-four months. The procedure is absolutely pain-free and there is no blood loss. Many opt for it,’ Batra said.

The surgery is performed only on patients whose white patches don’t spread for at least a year. Cosmetic surgeons say the treatment of a white patch of about 100 sq cm on a patient’s hand would cost between Rs.20,000 and Rs.40,000 in India. 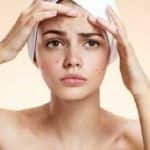 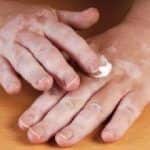 World Vitiligo Day: Home remedies that may help getting your skin tone back 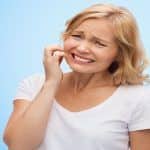