Vitamin D deficiency – a growing health concern among the young

Does your teenage daughter often complain of backache and joint pain? Is your college-going cousin always lethargic? Vitamin D deficiency among youngsters, which causes such problems, is becoming comm

Does your teenage daughter often complain of backache and joint pain? Is your college-going cousin always lethargic? Vitamin D deficiency among youngsters, which causes such problems, is becoming common these days and is a growing health concern, doctors say. Vikas Ahluwalia, senior consultant of Internal Medicine at Max Super Speciality hospital, said that vitamin D deficiency among young people has increased over the last couple of years, especially in metros like Delhi.

‘We have observed a rising number of cases of young people coming with complaints like backache, leg pain, joint pain and lethargy, which relate to vitamin D and vitamin D3 deficiency. It’s a cause of concern,’ Ahluwalia told IANS. The trend is mostly seen in metros, like Delhi, he added.

‘What is even more worrying is that children as young as 16, who are in the growing stage of their life, are coming with such problems,’ Ahluwalia said. Paediatrician Anju Virmani of the Indraprastha Apollo hospital agreed. ‘Vitamin D deficiency is becoming very common these days, and it’s affecting different sets of population. Among kids too it is becoming common,’ Virmani told IANS.

‘Scientific studies show that vitamin D deficiency is increasing in each decade. So the deficiency in the population between 2000 and 2010 was more than the previous decade. And the urban population is more affected than its rural counterpart,’ she added. The root cause of the problem is lifestyle-related, doctors say. ‘It starts right at the beginning – when a woman is pregnant. If she is low on vitamin D, so will the child be. If there is not enough breastfeeding, the child will have this and all sorts of other problems when he or she grows older,’ Virmani said.

Young office goers, in their twenties and early thirties, who mostly have desk jobs and work in air-conditioned offices, also come with similar complaints. ‘I remember one patient who came to us with a fracture. She was married for just six months and we were concerned if it had to do with domestic abuse. But after two days, her other leg too had a fracture, removing our doubts, because it meant that her bones were very brittle because of vitamin D deficiency,’ she added.

Exposure to sunlight is the biggest source of vitamin D – something that we consciously avoid under various pretexts. ‘We are a nation obsessed with fair skin although we are naturally blessed with more melanin which is meant to protect, unlike our Western counterparts who also have higher incidence of skin cancer. So people here put lots and lots of sunscreen and sit behind tinted glasses that blocks UV rays. This is not always healthy,’ said Ashu Agarwal, consultant in internal medicine at a private hospital in Delhi.

Pollution too blocks the sun’s rays, she added. ‘Children these days hardly play outside. They are running from school to tuitions and then when they play, it’s mostly video games in their rooms. So there is not enough exposure to sunlight,’ Ahluwalia said. ‘Also, the common trend in all the kids with vitamin D deficiency is that they don’t take milk or milk products. So where do you get your calcium? Fast food has added to the problem. The normal range of vitamin D is 30 (nanogrammes per millilitre of blood) and at times we get children with 3-4; so that’s how severe the problem can get,’ he added.

Virmani advises parents not to encourage their children, especially their young daughters who are more conscious about their weight, to have low fat milk. ‘It hardly does any good and doesn’t slim you down,’ Virmani said. ‘The good thing is that tests for vitamin D are easily available and more reliable nowadays, so you can keep a check on it by maintaining a healthy lifestyle and ensure that your children do too. Ultimately your health is in your hands,’ Agarwal said. 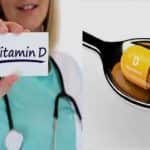 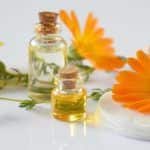