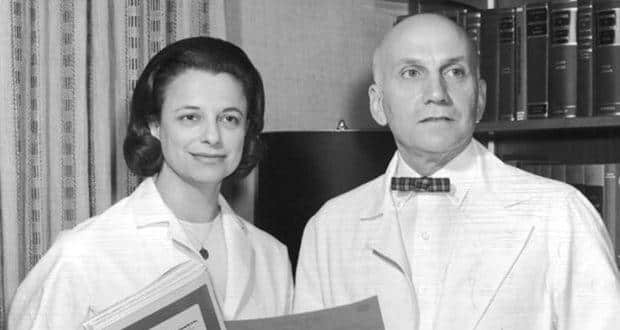 Virginia Johnson a renowned American sexologist and psychologist who was part of the famed Masters and Johnson sexuality research team passed away on July 25 2013. Johnson suffered from various illnesses before her death on Wednesday at an assisted living center, her son, Scott Johnson, said on Thursday. Virginia Johnson and William Masters, who died in 2001, met when she was a researcher for him at Washington University in St. Louis in the 1950s. Masters, a physician at the university, began researching sex in 1954. The couple's best-selling book 'Human Sexual Response' was published in 1966 after years of laboratory research and testing sexual arousal in couples.

They published what was considered a second major study, 'Human Sexual Inadequacy,' in 1970. Her son said publication of the two books 'forever changed the study of sex' and helped in the development of treatments for sexual dysfunction. 'She was very proud of her life's work,' Scott Johnson said. Masters and Johnson married in 1971 and formed the Masters and Johnson Institute in St. Louis to continue their research and reports.

They divorced after 20 years, but often appeared on talk shows and other programmes to discuss their research. Robert Kolodny, a physician who studied with Masters and Johnson as a Washington University student in the 1960s and later became a researcher and training director at their institute, said Johnson was unique in the field of sex research. (Read: The Masters Johnson technique to beat premature ejaculation)

'She received many awards, and is fairly widely recognized as one of most important women in science in the 20th Century,' Kolodny said. Until Masters and Johnson published their research, psychological therapy for sexual problems only succeeded 15 percent to 20 percent of the time, Kolodny said. (Read: Tips to beat premature ejaculation)

But their approach to helping people overcome their anxieties and recognize sex as a form of communication led to an 85 percent improvement rate within two weeks of the therapy sessions, he said. 'It turned a lot of lives around,' said Kolodny, who wrote 14 books with Masters and Johnson.