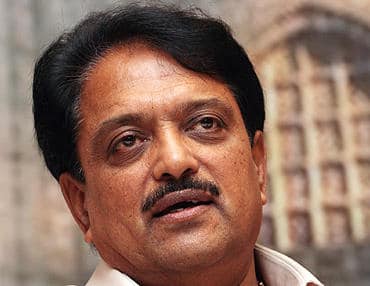 Union Science and Technology Minister Vilasrao Deshmukh was rushed to a Chennai hospital on Monday afternoon for treatment of suspected cancer, a Congress official said. The 67-year-old Deshmukh, ailing since some time with abdominal pains, was taken to Mumbai's Breach Candy Hospital last week for what was described as "a routine check-up". However, he was shifted to the Global Super-Specialty Hospital at Chennai Monday, the official, who requested anonymity, told IANS.

The official added that Deshmukh's condition "is a matter of concern" and he is likely to undergo a major surgery, but declined to elaborate further. Official sources said that since the past few months, Deshmukh, a former Maharashtra chief minister, has been taking light assignments to avoid strain on account of his health condition.