Tags: In the news  Medicines  Ranbaxy  Spurious drugs  US FDA

The US Food and Drug Administration on Monday issued an import alert against drug products manufactured at Indian drug major Ranbaxy’s facility in Punjab’s Mohali for non-compliance with US drug manufacturing requirements. Under the import alert which will stand until the company complies with what are known as current good manufacturing practices (CGMP), US officials may detain at the US border drug products manufactured at the Mohali facility, the US regulator said in a media release. Also Read - Ganesh Chaturthi 2020: 4 reasons an eco-friendly Ganesha is good for you

Also Read - FDA warns against 77 toxic hand sanitizers: How to pick up the right one

‘We want American consumers to be confident that the drugs they are taking are of the highest quality, and the FDA will continue to work to prevent potentially unsafe products from entering the country,’ said Howard Sklamberg, director of the Office of Compliance in the FDA’s Center for Drug Evaluation and Research. The US drug regulator also ordered that the Mohali facility be subject to certain terms of the consent decree of permanent injunction entered against Ranbaxy in January 2012. Also Read - 21 existing drugs that could treat COVID-19

Under the decree, Ranbaxy is required to hire a third-party expert to conduct a thorough inspection of the Mohali facility and certify to the FDA that the facilities, methods, processes, and controls are adequate to ensure continuous compliance with CGMP.

Once the agency is satisfied that Ranbaxy has come into compliance with CGMP, Ranbaxy will be permitted to resume manufacturing and distribution of FDA-regulated drugs at the Mohali facility, the FDA said.

The Ranbaxy episode started in September 2008 when the USFDA issued two Warning Letters to Ranbaxy Laboratories and import alert for generic drugs produced at two different plants. However, in June 2008, Daiichi Sankyo, a major Japanese company had procured a majority in Ranbaxy in a deal believed to be worth $4.6 billion dollar. A fortnight ago, Ranbaxy offered to pay a $500 million fine for selling adulterated drugs and pleaded guilty to seven criminal counts including fudging of data, intention to defraud and failing to report that its drug didn t meet specifications. Since then a lot of dirty linen has been washed in public with the Japanese company accusing the Singh brothers the former owners of Ranbaxy of concealing and misrepresenting critical information regarding the USFDA investigations. Malvinder Singh, the former Chairman however eschewed all guilt and claimed the Japanese company had mismanaged the company. He said, There was no misleading Daiichi approached us when they came, US FDA investigations were on. They knew about it and it was public information. So there was nothing that was hidden. Whatever they wanted and asked for was shown to them. They did a due diligence. Who would risk $5 billion without a due diligence?

Meanwhile the Drug Controller General of India (DCGI) Dr GN Singh said that all the approvals given to Indian drugs manufactured by Ranbaxy Laboratories were in order. As per the laws, there was no indication of any company violating the Indian laws, including Ranbaxy. However, Dr Singh admitted that all matters including approvals in the past would be examined again. Dr Singh added that appropriate action would be taken and a special team would be set up to examine the case. They would send officials to the US if the situation demands it. My most important concern is to assure the safety and efficacy of the drugs in India and action will be taken as per the Drugs and Cosmetics (D&C) Act, not just against Ranbaxy but other companies also if found guilty, Dr Singh told Pharmabiz. After these events, the Indian Medical Association asked the Drugs Controller General of India (DCGI) to investigate the quality of drugs sold by Ranbaxy Laboratories in India.

The Ranbaxy issue evoked a strong response from the government which said that the country has proven international quality standard capabilities . India enjoys a unique position of low-cost manufacturing and the highest quality medicine, the best of both the worlds , the statement added. It invited global importers to visit factories to satisfy themselves of the quality of production of drugs . There s a school of thought which believes that all the complaints about generic medicines originate from Big Pharma with big brands unhappy with the growing use of cheap generics, as developed nations fight to lower healthcare costs.

Later the union health minister, Mr Ghulam Nabi Azad said that the Indian facilities of Ranbaxy were under the scanner, after Ranbaxy USA admitted to manufacturing certain drugs which didn t follow the rules of good manufacturing practices and were considered adulterated under USFDA law. (Also read: India vs Big Pharma) 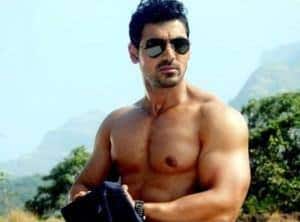 Meet Chainsukh: A 94-year-old man who has recovered after a hip-replacement surgery