Hollywood actress Angelina Jolie's decision to go public about her double mastectomy to reduce the risk of breast cancer has been hailed as a brave move, but in India, doctors say there is very little

Hollywood actress Angelina Jolie’s decision to go public about her double mastectomy to reduce the risk of breast cancer has been hailed as a brave move, but in India, doctors say there is very little awareness about it and many women are wary of taking the step due to societal pressure and apprehensions. Also Read - Do estrogen levels increase the risk of breast cancer? Gynaecologist explains

Many doctors said they have rarely seen a case in India. Amit Bhargava, a senior cancer specialist at Batra Hospital, said in his 17-year-long career, he has seen only two women undergo voluntary mastectomy. Jolie on Tuesday came out in public in a bid to encourage other women to to in for a mastectomy as a preventive measure. She underwent the procedure as her mother died of breast cancer aged 56. Jolie carried a faulty gene, BRCA1, which sharply increased her risk of developing breast cancer and ovarian cancer. Also Read - Exposure to outdoor light at night may increase your risk of breast cancer

Bhargava said Jolie’s public statement will encourage other women to come forward. Jolie is an international celebrity and that makes a difference. She was bold enough to talk about it. Women in India feel scared even taking the test, forget about undergoing the procedure, Bhargava told IANS. Shyam Agrawal, chairperson oncology department of Sir Ganga Ram hospital, said many women are deterred by the cost of the test. The test for detecting the gene in women with a family history of breast cancer is pretty costly at Rs.40,000 per test. This prevents most women from undergoing it, he said.

Agrawal said another major problem is the attitude of people. Most women feel they do not need to know their status for if they test positive, they would always be under stress that they might develop cancer at a later stage. People want to live in ignorance, he said.
Also unlike the US, where breast removal is not an issue due to advanced cosmetic surgery available, in India, women are unwilling to undergo it thinking they may encounter social and marital problems.

They need to be counselled about inheriting the faulty gene, Agarwal said.

Doctors said many women fear that if they go for breast removal surgery their husbands might leave them or they would be less of a woman . But, as Jolie said Tuesday: ..I do not feel any less of a woman. I feel empowered that I made a strong choice that in no way diminishes my femininity. In India, around 20-30 women per 100,000 population develop breast cancer at some point in their lives. Of them, 5-10 percent contract it due to a defective gene. Breast cancer is the most prevalent in India, followed by cervical cancer among women in India. However, it is not necessarily fatal if detected in the first or second stage. Fatalities occur if it goes into the third stage as the cancer then spreads of other parts of the body.

If a woman is a carrier of a faulty gene then she has 60 percent chance of developing breast cancer in her lifetime, P.K. Julka, head of the oncology department at the All India Institute of Medical Sciences, told IANS.

Doctors said that besides mastectomy, there are other options available to prevent breast cancer. One of the most effective methods is removal of ovaries in women who have completed their families, Julka said. Ovaries produce the female reproductive hormone estrogen which helps trigger this cancer. If the ovaries are removed then the secretion stops, Agrawal said. Another option, according to him, is taking Tamoxifin tablets which prevent occurrence of breast cancer in women who are at high risk. 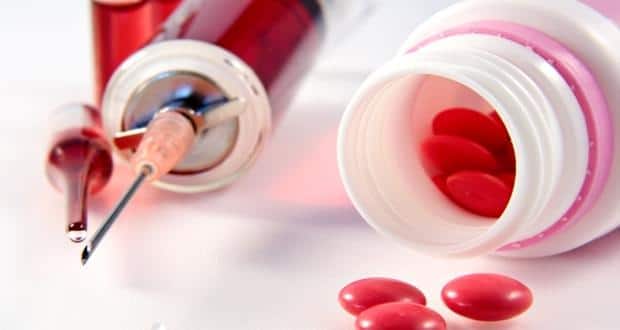