The United States Food and Drug administration has cracked down on the sale of alternative remedies, including ayurvedic and homeopathic products and dietary supplements, for the treatment of diabetes

The United States Food and Drug administration has cracked down on the sale of alternative remedies, including ayurvedic and homeopathic products and dietary supplements, for the treatment of diabetes.  The agency has issued letters warning 15 companies including some that procure alternative diabetes remedies from India, that the sale of their illegally marketed diabetes products violates federal law. Also Read - Cabinet approves new commissions for Indian System of Medicine and homoeopathy

Foreign and domestic companies whose products claiming to mitigate, treat, cure or prevent diabetes and related complications, were sold online and in retail stores have been asked to tell FDA within 15 days how they will correct the violations. Also Read - New drug for leukemia approved: FDA

The FDA has also advised consumers not to use these or similar products because they may contain harmful ingredients or may be otherwise unsafe, or may improperly be marketed as over-the-counter products when they should be marketed as prescription products. Many of the illegally sold products include claims such as ‘prevents and treats diabetes,’ and ‘can replace medicine in the treatment of diabetes,’ FDA said. Also Read - Dietary supplements can be dangerous for your health

These illegally sold products, according to FDA, include dietary supplements and ayurvedic products described as ‘medicine of the healing arts that originated in India’ with claims to treat, cure, and/or prevent diabetes. Medications cited in the ban order included unapproved versions of metformin and Januvia, which is procured from India and sold online in the US, and Diexi, manufactured by Amrutam LifeCare of Surat.

Amrutam was also cited for claims with regards to supplements such as Zoom (for erectile dysfunction), Arexi (for arthritis) Allexi (for allergy), Cholexi (for cholesterol control), and Obexi (for obesity). The FDA acknowledged that it’s not aware of any reports of injury or illness associated with the illegally sold products, but said it’s taking action to protect the public health from potential harm.

‘Diabetes is a serious chronic condition that should be properly managed using safe and effective FDA-approved treatments,’ said FDA Commissioner Margaret A. Hamburg, in a media release. Out of a worldwide total of 300 million diabetes patients, nearly 26 million are Americans and over 60 million Indians. Sales of diabetes medication have increased 60 per cent – from $14 billion to $22 billion – in the last four years. 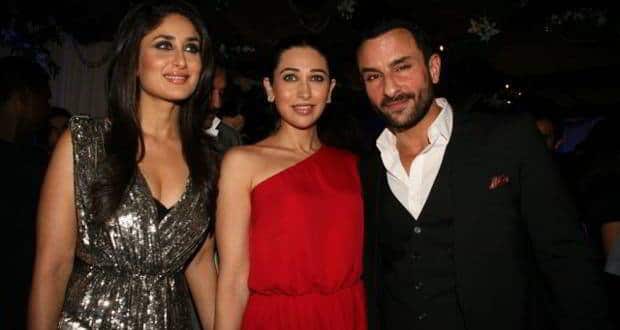 Kareena, Saif and Karisma to act together in a film on nutrition