Home / Health News / Unable to sleep? Blame it on your smartphone

Unable to sleep? Blame it on your smartphone

Here's a cause for those sleepless nights.

Smart phones have quickly become a gadget we cannot live without. But did you know that it might be the cause of your sleepless nights? According to a new study smartphones, tablets and e-readers should have ‘bed mode’ to protect sleep as their blue-light emission can keep you up at night. Also Read - Limiting phone use can reverse sleep problems in a week

Evelina Children’s Hospital’s Paul Gringras said that since every new model was ‘bluer and brighter,’ the setting should filter out the blue light that delays the body clock and keeps people awake later into the evening. (Read: Is your smart phone harming your eyes?) Also Read - Here is how your smartphones and laptops are ruining your look!

He said manufacturers needed to show more ‘responsibility.’ As it gets darker in the evening, the body starts to produce the sleep hormone melatonin – which helps people nod off. Certain wavelengths of light, those at the blue-green end of the spectrum, can disrupt the system.

The study concluded that there was a clear trend for new devices to be bigger, brighter, have higher levels of contrast and emit more blue light. (Read: Are mobile phones and tablets ruining your child s development?)

The study appears in Frontiers in Public Health, analysing the light emitted by devices. 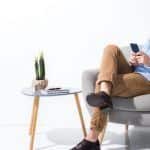 Here is how your smartphones and laptops are ruining your look! 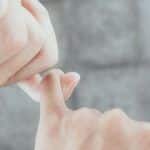 Your smartphone could damage your pinky finger! 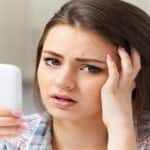 Children who extensively use smartphones are unhappier