Home / Health News / 21 variations of yoga you could try!

21 variations of yoga you could try! 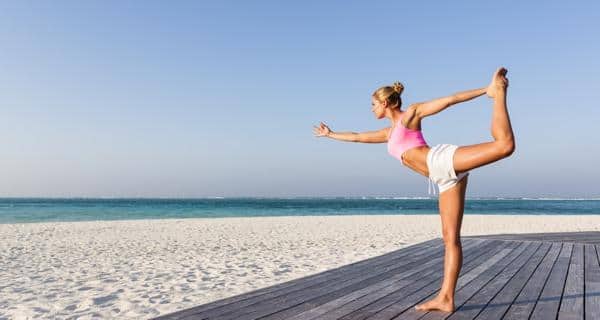 It is known to everyone that that yoga is beneficial for both your physical and mental well-being. However, the type of yoga you choose should be based on your goals and your current fitness levels. Types of yoga can range from meditative yoga to power yoga poses. In some yoga sessions you will be encouraged to focus on your breathing and pay more attention to how you are feeling, whereas in some you will need to pay more attention to the movement and alignment of the body. Choosing the right kind of yoga will increase the chances of you sticking to your yoga regime for a longer time. Also Read - From cognitive health to hypertension: Practice pranayama to address your health woes

Iyengar yoga, which is highly practised by people all over the world, was founded by B. K. S. Iyengar. What differentiates Iyengar yoga from other forms of yoga is that it focuses on the alignment of the body. This form of yoga makes you more flexible due to the sheer intensity of the asanas. It improves your circulatory, nervous, respiratory and digestive systems, and relieves the symptoms of a number of diseases. Read 10 reasons you should practise Iyengar yoga.

Ashtanga yoga is one of the most effective forms of yoga to lose weight. It is a more vigorous form of yoga and includes a series of poses, which are done without any interruption from beginning to end. Each posture has particular health benefits and is believed to heal many physical conditions. According to Smt. Hansaji, wife of Dr. Jayadeva Yogendra and present Director of The Yoga Institute, every single individual, irrespective of age, gender, health condition and belief, can practice Ashtanga yoga.

Bikram yoga, popularly known as Bikram hot yoga, is the booming exercise trend which has attracted many stars and celebrities. It is a series of 26 stretching and strengthening postures including two breathing exercises. The one unique thing about this form of yoga is that it is performed at a room heated at 40 degrees Celsius. The heat component is incorporated to facilitate the body s ability to stretch and cleanse itself through sweat. Although it is appropriate for people with any condition and age, make sure you consult your doctor if you have a chronic condition or are pregnant. Also know if hot yoga is really safe.

In viniyoga, an experienced teacher works individually with each student making it a personalised yoga programme. Viniyoga is intended to be adaptable by any individual, regardless of his physical activity. The teacher designs the yoga based on an individual s health, age and physical condition. This form of yoga includes asana, pranayama, chanting and meditation based on the needs of the individual. The asanas mostly focus on alignment and poses are held for a consistent number of breaths.

Try performing exercise on a paddleboard to spice up your exercise regimen. This form of yoga will help you become more in tune with your poses while you enjoy floating on water. Since the postures are performed on a moving surface, it engages muscles that we normally don t use in other exercises. Besides, this waterborne yoga will improve your balance and concentration. 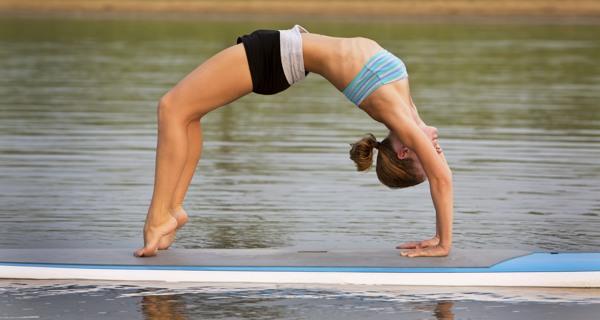 Hatha yoga is one of the most popular advanced forms of yoga which involves combining dynamic yoga with meditation and relaxation. The postures in hatha yoga lay emphasis on purifying the internal systems of the body like the nervous, endocrine and cardiovascular systems. One significant benefit of hatha yoga is that it relaxes your mind and puts it at peace. According to fitness expert Abhishek Sharma, hatha yoga is a very therapeutic form of yoga and some forms of it should be included by everyone in their daily fitness routine. Abhishek recommends incorporating surya namaskar, some hatha yoga postures, pranayama and meditation in your daily yoga session. Here are some more details on hatha yoga.

As compared to other forms of yoga, power yoga is done at a much faster pace. Since, power yoga involves continuous movement from one position to the next, it becomes a very effective aerobic workout. People often choose to go for power yoga as it builds more strength, enhances stamina and improves flexibility levels. The intensity and speed involved in this yoga is also very effective in burning calories. 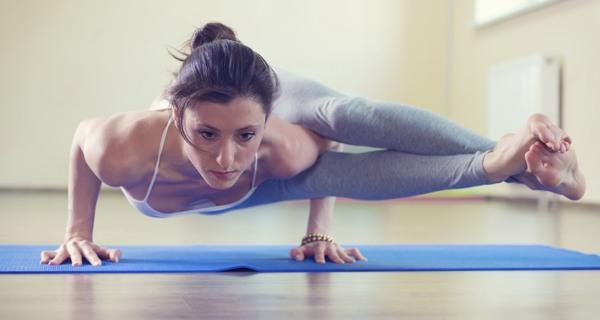 Kundalini yoga is a combination of hatha yoga, raja yoga and tantra yoga. It can greatly enhance your sexual health and can also prove very effective in strengthening your nervous system. It also balances the glandular system, expands lung capacity and purifies the bloodstream. Kundalini yoga expert Raman Mishra says that the yoga works differently for different people. For some, chanting can be more effective, whereas for some, breathing techniques can be more productive. Also read how kundalini yoga enhances your sexual energy.

Sivananda yoga is developed by Vishnu Devanada and is designed to help your body maintain a healthy natural state. A typical sivananda yoga session includes breathing techniques like pranayamas, surya namaskar, twelve other basic asanas and deep relaxation. The asanas will help strengthen the bones and stimulate the circulatory and immune systems. Avoid performing this yoga if you have back problems like lower back pain and sciatica. The breathing techniques involved in this yoga will allow your body to relax fully.

In yoga, the vinyasa flow is a type of surya namaskar, which is composed of three different yoga poses. In this form of yoga, each and every movement is synchronized with the breath. It is extremely helpful if you are looking to lose weight. It gives you a full body workout, where the flow of movements increases your heart rate, tones your arms and stimulates your core muscles. Besides, it helps relax your mind and release any blockage of energy flow throughout your body. It is always better to try vinyasa yoga in the presence of an expert who can guide you with the correct way of performing the yoga.

Yin yoga may be a style of yoga you have never heard of. It is an intimate practice of yoga where the approach is more meditative. It follows two major principles, that is, holding poses for several minutes and stretching the connective tissue around the joint. It is important for all the muscles to be relaxed while doing yin yoga postures. Yin yoga mainly targets your connective tissues and works on your ligaments, joints, bones and deep fascia networks. It can be very effective in dealing with eating disorders, addiction, anxiety and trauma.

Kripali yoga is a relatively new form of yoga as compared to the ancient practices of yoga. It is a very gentle style of yoga where the movements can be done at your pace. A kripalu yoga session usually begins with breathing and gentle stretches followed by a series of poses and relaxation. Practising the yoga postures will not only have physical health benefits but will also help you deal with depression and anxiety and stress that is related with daily life. Kripalu yoga is suitable for all ages, as the asanas help improve circulation, flexibility and strength.

Anusara yoga is a distinctly modern form of yoga founded by John Friend in 1997. It is based on the traditional discipline of hatha yoga which dates back to the 14th century. It is a yoga style that combines rigorous physical poses with a philosophical framework. There is a lot of alignment and breath work involved. It focuses on empowering an individual s self-esteem while inspiring lightheartedness and playfulness with the yoga practice. Anusara yoga classes are usually lighthearted, positive and fun.

Restorative yoga makes use of props to achieve physical, mental and emotional balance. You can use pillows, blankets, blocks and chairs to perform the poses. These props make it easier to maintain balance while you are stimulating and relaxing your body. Poses are held for a long time and can be as long as 15 minutes. Restorative yoga can be beneficial in healing your body both, physically and emotionally. It can relax the entire body at once or work to target more specific areas. 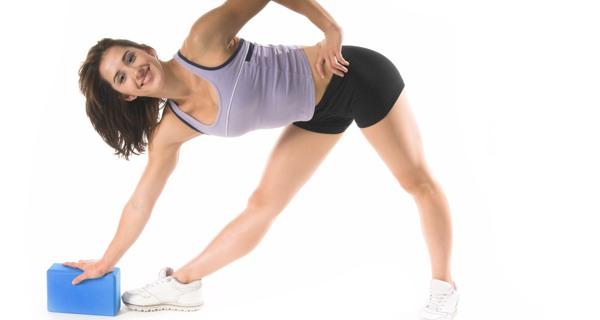 Many pregnant women choose prenatal yoga to deal with stress and bodily changes during their term. The yoga poses are gentle and considered safe to be carried out throughout pregnancy. Poses are designed in such a way that they bend at the hips, and not the waist, avoiding pressure on the abdomen and ribs. The asanas can improve your sleep, reduce stress and anxiety and aid breathing and relaxation, strengthen the muscles for delivery and reduce the risk of pre-term labour. Make sure you consult a doctor before you sign up for a yoga class and also opt for a yoga instructor who is well-qualified and experienced in teaching pregnant women. You may also want to know 7 asanas to ease your pregnancy.

Yogalates is a fusion of yoga and pilates where the workout mostly focuses on your core muscles to tone your body. This workout regime was first started in Australia by Louise Solomon. While yoga is good for stamina, flexibility and concentration, the exercises in pilates are good for postural muscles. Yogalates can be very effective in weight loss as it is a high-intensity programme where you burn a lot of calories. To perform yogalates, you will require a high degree of strength and flexibility. If you are a beginner, you must first get the technique and the body positioning right.

Aerial yoga is usually done on a yoga swing which can be easily set up at home or gym. The swing is incorporated to make your yoga more challenging. It can be very beneficial for building and improving your core strength. You will build toned and lean muscles and burn more calories and fat during this workout. Although, aerial yoga is very effective in losing weight, everybody should not perform it. Avoid aerial yoga if you are pregnant, had a recent surgery, suffer from heart disease, high blood pressure, osteoporosis, disc herniation and headache.

Bhakti yoga is a spiritual practice of devoting oneself to God. It is one of the types of yoga mentioned in the ancient Indian scripts. By practising bhakti yoga, one can let go feelings of jealousy, hate and vengeance and instead embrace compassion, love and tolerance.

A set of people gathered in a park and laughing uncontrollably is a common sight. Laughter or hasya yoga has been designed to generate positivity, health and happiness. This practice includes prolonged voluntary laughter and has no comic or humour associated with it. A good laugh helps to bring the body and mind back to balance. Laughter yoga can help you relax your whole body and relieve stress. Laughter is also very beneficial in improving the function of blood vessels and prevents heart attack and cardiovascular problems.

Raja yoga comprises eight stages and lays emphasis on self-realization and liberation. Practising this form of yoga can not only benefit your health but can confer you with some unusual benefits like reading other people s thoughts, psychic powers, and controlling all forces of nature. Everyone can perform raja yoga to improve their mental and physical well-being.

Anup Jalota's wife expires in US 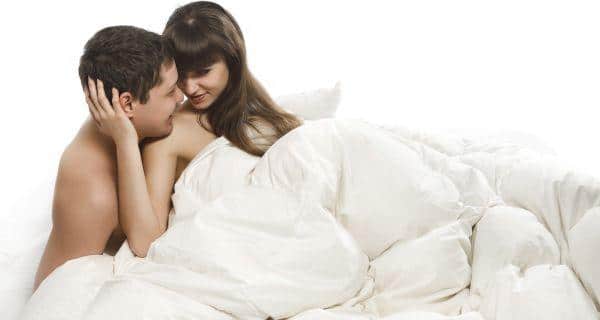 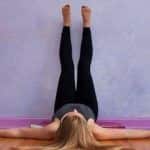 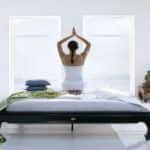