Malaria parasites like Plasmodium falciparum can wreak havoc in one of the most insidious ways. US scientists have now identified a new way to trap these malaria parasites that hijack their host's nat

Malaria parasites like Plasmodium falciparum can wreak havoc in one of the most insidious ways. US scientists have now identified a new way to trap these malaria parasites that hijack their host’s natural cellular processes and wreak havoc. Also Read - Chagas, a parasitic infection, is the new health scare of the world

Researchers from Pennsylvania and Johns Hopkins Universities led by Doron Greenbaum, assistant professor of pharmacology at Penn have identified the cell signalling pathway used by these parasites to escape from and destroy their host cells and infect new cells pointing toward possible new strategies to stop these diseases. Also Read - How human semen increases the spread of Ebola virus infection, answers study

The Plasmodium falciparum and Toxoplasma gondii parasites (which infect cats) invade a host cell; they take up residence inside a ‘parasitophorous vacuole’ (PV), growing and replicating themselves for about 48 hours, the journal Cell, Host and Microbe reports. Then they burst out of the PV, completely destroying and dissolving the protein-based cytoskeleton of their host, freeing themselves to seek out and infect new host cells, according to a Penn and Johns Hopkins statement. Also Read - Doctors remove wriggling maggots from boy's ear (Watch video)

The current study took the next step of identifying which host signalling pathway was involved, with the aim of derailing the parasite’s escape route, trapping it inside the host cell and preventing it from spreading infection. ‘We found an entire signalling pathway in the human host cell that the parasite engages, starting from a G-protein-coupled receptor, that the parasite uses to dismantle the cytoskeleton of the host cell, causing it to collapse,’ Greenbaum explains.

‘There’s a complex series of proteins in this signaling cascade. One of the key proteins is protein kinase C (PKC). We found a tremendous amount of biological validation for the existence and use of this pathway in both parasitic organisms,’ says Greenbaum.

Greenbaum and collaborators tested known PKC inhibitors in both cell assays and in mouse models. These studies showed a marked decrease in parasitic infection for both P. falciparum and T. gondii. Greenbaum notes: ‘It’s a human enzyme (PKC) that we’re targeting, and by inhibiting it we’ve basically blocked the parasites from getting out. They’re trapped and die within the host cells.’

Delhi rape: Gym-instructor rapist not a minor as claimed 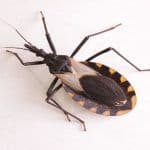 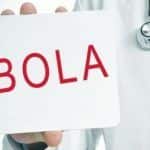 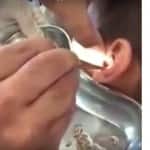 6 signs and symptoms of tapeworm infection