According to a finding, Nano particles could prevent the immune system from attack of multiple sclerosis (MS), a debilitating nerve disease diagnosed between 20 and 40 years.

According to a finding, Nano particles could prevent the immune system from attack of multiple sclerosis (MS), a debilitating nerve disease diagnosed between 20 and 40 years. Also Read - World Multiple Sclerosis Day 2018 - What is multiple sclerosis and what are its causes?

MS affects any area of the brain, optic nerve, and spinal cord, damaging the myelin sheath, which protects the nerve cells, slowing down or halting exchange of nerve signals. The symptoms vary from mild limb numbness to paralysis and blindness. Also Read - Rani Mukerji's 'Hichki' - here's everything you want to know about Tourette's syndrome

‘This finding (based on mice models) could potentially be used to halt auto-immune diseases, such as Type 1 diabetes and rheumatoid arthritis, and immune-mediated diseases such as food allergy and asthma,’ said Nicholas King, professor at the University of Sydney Medical School, the journal Nature Biotechnology reported. Also Read - 5 must-to-know facts about leprosy or Hansen’s disease

‘We still have many experiments to do to confirm this but our research is a genuine coup which promises to make an impact on a range of illnesses,’ said King, who co-authored the study with Stephen Miller, professor at Northwestern University, US, according to a Sydney statement.

‘Till date immuno-suppressant therapy to control MS has had varying success but has always been a double-edged sword,’ said King. ‘When you suppress the immune system you remove the ability of the body to fight off infectious organisms and destroy emerging cancers,’ added King.

Daniel Getts from Northwestern who led the study was formerly King’s doctoral student at the University of Sydney.

Now a printer that can print 3D tissues that can be implanted in the human body! 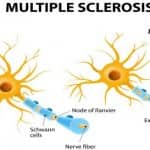 World Multiple Sclerosis Day 2018 - What is multiple sclerosis and what are its causes? 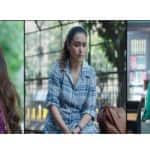 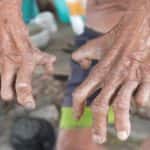