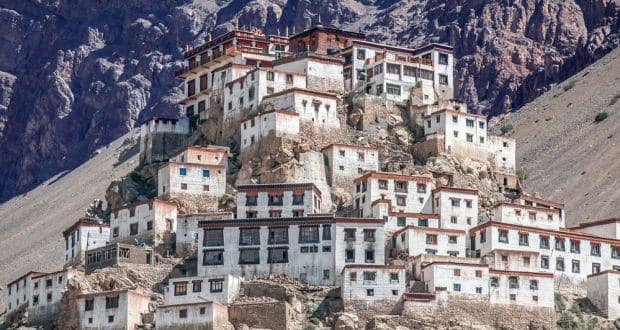 Tibetans are able to live at high altitude thanks to a special gene they inherited from a mysterious, now-extinct branch of the human family, scientists reported on Wednesday. The ancestors of today's Tibetans acquired a key variant of a gene regulating oxygen in the blood when they mated with a species of human called the Denisovans, they said. Contemporaries of the Neanderthals -- and like them, possibly wiped out by anatomically modern man, Homo sapiens -- the Denisovans first came to light only four years ago.

Their existence was determined through a piece of finger bone and two molars unearthed at the Denisova Cave in southern Siberia's Altai Mountains and dated to some 80,000 years ago. Genetic sequencing found that before the Denisovans disappeared as a separate branch, they intermingled with H. sapiens, leaving traits that survive in the human DNA pool today. In a study published in the journal Nature, scientists in China, Tibet and the United States compared the genomes of 40 ethnic Tibetans and 40 ethnic Han Chinese.

Buried in the Tibetans' gene code is an unusual variant of a gene called EPAS1 which regulates production of haemoglobin, the molecule that hauls oxygen around the blood, they found. EPAS1 is triggered when oxygen levels in the blood drop, causing more haemoglobin to be produced. At high altitude, common variants of the gene overproduce haemoglobin and red blood cells, causing the blood to become thick and sludgy -- a cause of hypertension, low birthweight and infant mortality. But the variant found in Tibetans increases production by much less, thus averting hypoxia problems experienced by many people who relocate to places above 4,000 metres (13,000 feet) in altitude.

'We have very clear evidence that this version of the gene came from Denisovans,' said Rasmus Nielsen, a professor of integrative biology at the University of California at Berkeley. 'This shows very clearly and directly that humans evolved and adapted to new environments by getting their genes from another species.'

The variant of EPAS1 in Tibetans is almost identical to that found in Denisovan samples. But apart from Han Chinese, there is no trace of it in other ethnic groups touched by the Denisovan legacy, including Melanesians, whose genome is five percent Denisovan -- the highest proportion. The study theorises that groups of H. sapiens came out of Africa and interbred with Denisovans as they passed through central Asia en route to China. The group that colonised China then split, with one population migrating to Tibet and the other staying behind to dominate the lowlands, where they became today's Han Chinese.

As a result of further breeding within each tribe, 87 percent of Tibetans have the precious variant of EPAS1, compared with only nine percent of Han Chinese, even though they share a common ancestor, according to the investigation. Many other secrets remain to be teased out of our genetic treasure trove, the scientists believe. 'The only reason why we can say that this bit of DNA is Denisovan is because of this lucky accident of sequencing DNA from a little bone found in a cave in Siberia,' Nielsen said in a press release issued by the university.

'(...) How many other species are out there that we haven't sequenced?'

For more articles on diseases and conditions, check out our diseases & conditionssection. Follow us on Facebook and Twitter for all the latest updates! For daily free health tips, sign up for our newsletter. And to join discussions on health topics of your choice, visit our forum.