Researchers have developed antibiotics that can treat your infant's whooping cough. Read to know more.

You won’t have to panic or be worried about your infant’s whooping cough anymore. Researchers have developed two antibodies to potentially treat or prevent pertussis, the highly contagious respiratory tract infection that affects millions of infants and results in an estimated 200,000 child deaths every year. Commonly known as whooping cough, the disease causes painful fits of coughing and life-threatening symptoms in infants and has had a devastating impact worldwide. For the past five years, the research team has worked to develop two antibodies as a new anti-pertussis therapeutic injection. Read: Cough syrup or drops, what is more effective for a kid? Also Read - Genes linked to common brain disorder, Chiari 1 malformation, identified

In the developing world, an estimated 200,000 babies die a year, and that’s where we think we can have a really big impact, said Jennifer Maynard, chemical engineer in the Cockrell School of Engineering in the US. If we can get our antibodies to these high-risk infants, we could potentially prevent the infection from occurring in the first place, Maynard added. The researchers conducted a pre-clinical test on animals that demonstrated the antibodies work as a prophylaxis to provide short-term immunity and as a treatment to accelerate recovery. Here are 10 facts about seasonal cold and cough you must know. Also Read - Kids who take steroids at increased risk for diabetes: Know the other side effects of this medication

More than 16 million pertussis cases occur annually, and the disease continues to be a major cause of infant death in developing nations. Antibiotics are frequently ineffective in severe pertussis, and there is no specific therapeutic to treat pertussis or prevent it in vulnerable infants too young to be vaccinated — but now there may be hope for the future. By neutralizing pertussis toxin, the antibodies are anticipated to bolster immune function and rapidly reduce the white blood cell count. Here are 5 natural remedies for cold and cough that really work!

We believe the key to preventing death is reducing the white blood cell load, which becomes extremely elevated during infection, said co-author Michael Kaleko from Synthetic Biologics. As a treatment, the therapeutic may be tested in critically ill infants with pertussis to potentially shorten the disease’s course, mitigate complications and diminish mortality. As a prophylactic, the therapeutic has the potential to provide antibody protection instantly to at-risk newborns in the developing world to protect them from pertussis for the first few months of life. The findings from the preclinical studies were published in Science Translational Medicine. 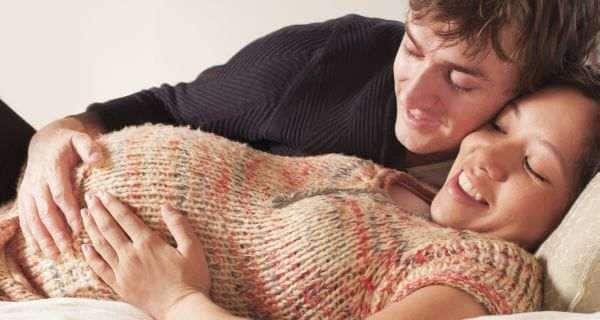 Is your child unhealthy? Blame it on the sperms!

Smoking cannabis (marijuana) can slow down the brain