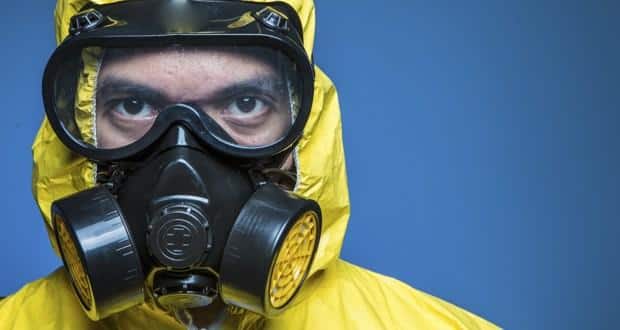 Ebola was invented to conceal a cannibalistic ritual

A nurse in Sierra Leone, one of the worst-hit nations, claimed the virus was 'invented' to cover up a cannibalistic ritual. This caused quite a lot of panic as angry crowds gathered at hospitals treating patients and threatened to burn them down. The situation got out of hand and a strong police response was needed to control the dissidents.

Ebola is a man-made virus

Every time the world bears witness to a deadly outbreak HIV/AIDS, SARS, swine flu or Ebola there are some who come out with rumours that the outbreaks were engineered to decrease the expanding population. These theorists debunk the Ebola-virus-came-from-animal theories and believe the virus was man-made. Many believe that these viruses are created by pharmacy companies so that only they have the cure or antidote for the disease, resulting in huge profits.

Ebola is the result of biological warfare

This theory originates from Indian where M Durgaprasad, a scientist from DRDO claimed that the outbreak could be a part of biological warfare. TOI reports that speaking at the 'Defence Technology Yesterday, Today and Tomorrow' conference, he said biological warfare could be the result of several diseases that have no known cause. During his interaction with students, he elaborated on the destructive techniques used in wars. 'Science has to be used carefully, for the welfare of the mankind. A powerful missile can destroy an imposing building in 30 seconds,' he said.

Ebola was sent by God for punishing immoral acts like homosexuality!

So it's no surprise that the religious leaders in Africa are doing more harm than good when it comes to the Ebola outbreak. They are convinced that the Ebola virus is a plague unleashed by god to punish 'immoral acts' like homosexuality. Various church leaders of the Liberia Council of Churches (LCC) reportedly attended a meeting to discuss 'a spiritual response' to the outbreak which has claimed over a thousand lives in West Africa. A statement detailing the resolution summarised: 'Liberians have to pray and seek God's forgiveness over the corruption and immoral acts (such as homosexuality) that continue to penetrate our society. As Christians, we must repent and seek God's forgiveness.'

Ebola was designed as a biological weapon of mass destruction!

Despite its high fatality rate, the virus wouldn't really excite bio-terrorists like Anthrax did. Ebola is sensitive to sunlight and can't survive without a host for too long. Anthrax on the other hand can survive for centuries on the ground in extreme temperatures. Also the fact that Ebola virus kills off its host so quickly making it harder to spread. Ideally, a bio-weapon should last longer to do more damage to a population.

'Ebola reached Karnataka unfortunately!! Infected poor Sreejith-M.Tech, NIT suratkal, expired today. Please take precautions against this Virus and spread the awareness!! Friends plz eat tulsi leaves to safeguard yourself from this virus Ebola becz this virus directly effects the human immune system. Tulsi leaves are good for the human immune system so this is a precaution to save u from the Ebola virus Ebola virus Spreaded in mumbai toooo Use hot water and salt to take your bath in the morning, do the same when you want to drink water(hot and salt) . It is said to be a traditional vaccine for Ebola. Please don't keep this information to yourself send to all your contacts including your enemies. God bless you as you share this.'

This message has been doing the rounds on Whatsapp and other social media sites, and is about how a young boy died due to an infection caused by the Ebola virus. While the prankster(s) were clearly trying to create panic in Karnataka, Mumbai and India, this message has been deemed a hoax. Read more about the hoax

'It's not prevalent in India, but people living in remote areas, where living conditions are poor, are always at risk of getting infected. But largely there is no need to worry as such.' Read more about Ebola virus causes, symptoms, diagnosis, treatment, prognosis and prevention