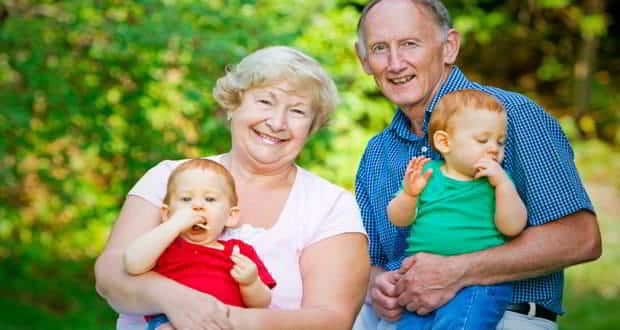 IVF (Invitro fertilization) is a process where eggs from the woman and sperms from a man are fertilized outside the body. Usually,it is opted by infertile couples wanting to conceive. This procedure helped an elderly couple in their 60s conceive after an accident 16 years ago snatched away their only child, a son aged 21. Bhim Singh, 65, and his wife Krishna, 63, opted for Assisted Reproductive Technology (ART) at the National Fertility Centre in Hisar, Haryana, and were blessed with a bonny boy Dec 12 last year, doctors announced Wednesday.

According to the doctors, many couples in their 60s, and even older, in Haryana are opting for the technology after losing their children to road accidents or other reasons."Krishna conceived with in-vitro fertilisation (IVF) technique at the centre in the second attempt. The first attempt was made in January 2010 and second one in May 2011. She became a proud mother of a son. Bhim Singh and Krishna had married in 1964," the centre's IVF specialist Anurag Bishnoi told reporters.

The couple had lost their son in 1995. They have written a letter to Haryana Chief Minister Bhupinder Singh Hooda asking him to take effective steps to check road accidents so that other parents do not lose their children."It is not Bhim Singh and Krishna alone who have opted for IVF technique for bearing a child after losing their young ones in fatal accidents. Other couples, having lost their children in fatal road accidents at an older age are also going in for IVF for bearing children to have descendants," centre's director M.R. Bishnoi told the media.Rajo Devi became a proud mother of a girl child November 2008 at the ripe age of 70 years. She was also treated with IVF technology at the same centre.

"Rajo Devi, who delivered a baby girl few years ago, is now the brand ambassador of IVF in Haryana. Women folk in Haryana now insist on the scientific treatment of infertility rather than going to quacks," Anurag Bishnoi pointed out. He said that more people trust the IVF technology to have children as there was better success rate now compared to earlier times. Countering the argument against older women going in for childbirth, Bishnoi said that the Constitution of India and other laws have not put any age bar on women to bear children.

He said that older couples were getting more courage to have children despite the mistaken belief that parents of such children would die early. "The social system in our country is such that the joint family can take care of children born to older couples even if they die in a few years. Most of the older parents here are from rural backgrounds where the joint family system is still prevalent," he said.

Talking about the "high risks" involved in elderly pregnancies, Bishnoi said: "Risks are always calculated. There are risks involved even when we travel on road, by train or in air. But we still travel. Same are these cases. Risks are there but patients want to realize their dreams. Life is a battle. We may lose, but we must fight," he said.