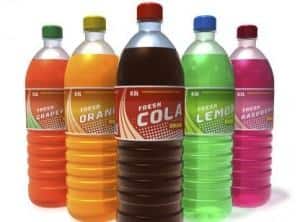 The Centre for Science and Environment (CSE) on Thursday demanded periodical testing of packaged and processed food, including soft drinks, for pesticides.

Hailing the recent Supreme Court order asking the Food Safety and Standards Authority of India (FSSAI) to conduct periodic inspections and monitoring of major fruit and vegetable markets for the presence of pesticide residues, the CSE said it should be extended to other food products.

'The current regulatory framework with respect to advertisements of soft drinks as per the Act and the Advertising Standards Council of India code is not good enough and needs to be revised,' said Chandra Bhushan, CSE's deputy director general and head of its food safety and toxins team. (Read: Delhi HC orders panel to submit report on banned pesticides)

'Globally, there is an increasing body of evidence which demonstrates that obesity and non-communicable diseases (especially in children) could be connected to advertisements of cola drinks and other junk foods,' he said.

In 2003 and 2006, tests conducted by CSE had found high levels of pesticide residues in almost all the major brands of carbonated beverages.

A joint parliamentary committee set up to investigate the findings had found them correct. In 2008, the union health ministry notified standards for individual pesticides in carbonated beverages.

The CSE also said the FSSAI should put all information about the pesticides and chemicals that have been tested for compliance of standards since 2008, in the public domain.

'Periodic testing and monitoring by the FSSAI should not be limited to raw fruits and vegetables. Packaged and processed food commodities including soft drinks should be tested as well,' Bhushan added. (Read: Long-term exposure to pesticides can make your blood toxic)