May her soul rest in peace, honorable chief minister of Tamil Nadu. 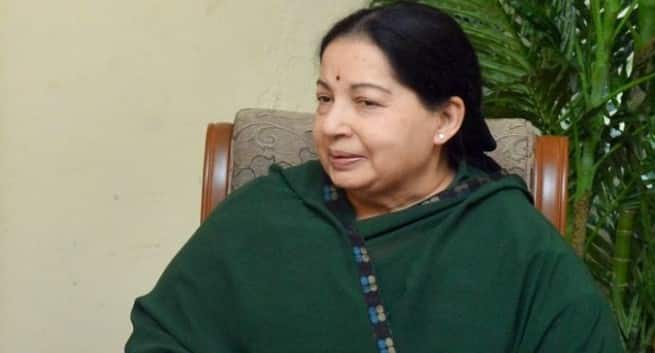 Chief Minister J. Jayalalithaa, one of India’s most charismatic political leaders, died here on Monday night after a bitter 74-day battle for life, ending an era in Tamil Nadu politics and plunging the state in deep grief. She was 68.Jayalalithaa, a spinster, breathed her last at the Apollo Hospitals just before midnight, over 24 hours after she suffered a cardiac arrest that derailed the halting progress she had been making on the health front. It is with indescribable grief, we announce the sad demise of our esteemed Honourable Chief Minister of Tamil Nadu, Puratchi Thalaivi Amma at 11.30 p.m., the hospital said in a statement.As Jayalalithaa’s death became known, a loud wail rent the air outside the Apollo hospital where thousands had gathered since her cardiac arrest on Sunday evening, hoping against hope that she would survive.Her body was taken to her residence at Poes Garden, where hundreds of AIADMK cadre were present. Also Read - MDH owner Dharampal Gulati dies of cardiac arrest: Watch out for the warning symptoms

Police used batons to keep inconsolable mourners away who tried to break the security barricades outside their leader’s house.The body will be kept at the Rajaji Hall for people to pay their respects, said the AIADMK, which the actor-turned-politician headed for nearly three decades after the death of her mentor and Chief Minister M.G. Ramachandran or MGR.The last rites will be held at the Marina Beach later on Tuesday. As national leaders expressed grief, the Tamil Nadu government declared a seven-day mourning. Schools and colleges in the sprawling state will be closed for three days.In no time, the AIADMK legislators elected Finance Minister and long-time Jayalalithaa loyalist O. Panneerselvam to succeed the departed leader.Shortly after 1 a.m. on Tuesday, Panneerselvam took the oath of office and secrecy. Thirty-one ministers were also sworn-in with him.A veteran actor, the self-made Jayalalithaa, who was five times Chief Minister of Tamil Nadu, was admitted to the Apollo hospital on September 22 with fever and dehydration, just four months after she led the AIADMK to triumphantly retain power in assembly elections.At one time it seemed she was on the road to recovery but that proved to be an illusion.President Pranab Mukherjee and Prime Minister Narendra Modi led the nation in paying homage to Jayalalithaa, who was elected to the Rajya Sabha at the start of her political career.In his lengthy message, Mukherjee described Jayalalithaa as one of India’s most charismatic and popular leaders … a visionary and (an) able administrator… She was progressive in her thought and pro-active in pursuing the issues that were close to her heart, such as the empowerment of women and welfare of children. Also Read - Heart attack and sudden cardiac arrest: They are not synonyms

Her life was dedicated to the socio-economic transformation of Tamil Nadu and its people. Her contribution to the progress and development of Tamil Nadu will be long remembered. Modi, who enjoyed a personal rapport with Jayalalithaa, said her demise had left a huge void in Indian politics.Defining her as a mass leader, Modi said: Jayalalithaaji’s connect with citizens, concern for welfare of the poor, the women and marginalised will always be a source of inspiration. Congress President Sonia Gandhi, who too had counted the AIADMK leader as an ally for years, said Jayalalithaa lived the entire life with the same indomitable courage with which she battled her last illness .West Bengal Chief Minister Mamata Banerjee called her popular, strong, bold, efficient, people-friendly, charismatic leader .Bihar Chief Minister Nitish Kumar described her death as very saddening . He announced a day’s mourning in his state.Delhi Chief Minister Arvind Kejriwal tweeted: Very sad to hear the demise of Amma. A very very popular leader. Aam Aadmi’s leader. May her soul rest in peace. (Read: Sudden cardiac arrest warning signs and ways to prevent it)

She suffered a cardiac arrest on 4/12/2016 Sunday evening and was being treated by a team of specialists at Apollo Hospitals where she has been admitted since late September. Jayalalithaa was admitted to the hospital for treatment of fever and dehydration on September 22. The doctors later said she needed a longer hospital stay as she was suffering from infection, and put her on respiratory support. AIADMK members had taken part in special prayers at places of worship across Tamil Nadu for the speedy recovery of Chief Minister J. Jayalalithaa.Her condition was said to be “very critical”.The prayers were held in temples in Krishnagiri, Trichy, Tuticorin, Erode, Kanchipuram, Dharmapuri, Sivaganga, Coimbatore and other places.The famed Sabarimala temple has dedicated free meals to around 75,000 pilgrims on Monday to wish for the speedy recovery of Tamil Nadu Chief Minister J. Jayalalithaa, a senior temple official said. The four meals on Monday was served free of cost to pilgrims. (Read: Tamil Nadu CM Jayalalithaa Amma kept on ECMO. A cardiologist explains what is ECMO)

Jayalalitha was born on 24 February 1948, at Melukote, in Pandavapura taluka, Mandya district, then in Mysore State (now Karnataka). Jayalalitha was commonly referred to as amma. She was the Chief Minister of Tamil Nadu since 2015. However, she had previously served as Chief Minister from 1991 to 1996, in 2001, from 2002 to 2006 and from 2011 to 2014. She was an actress before she joined politics and had appeared in 140 films which includes Tamil, Telugu, and Kannada film. (Read: Why sudden cardiac arrest is more dangerous than a heart attack) 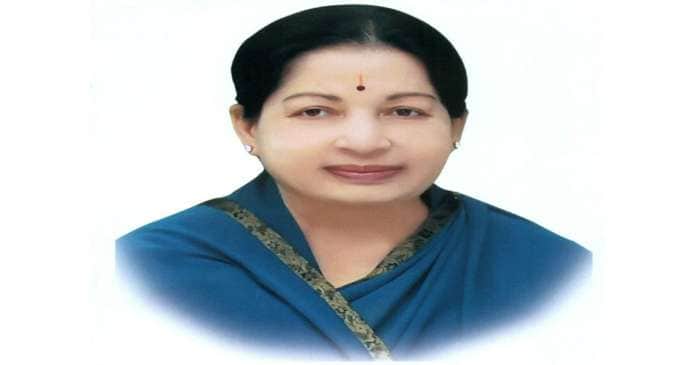