The Gujarat High Court today expressed satisfaction over the state government’s efforts to control the spread of swine flu but also asked it to take similarly effective measures in rural areas.Gujarat has had 247 swine flu deaths since the beginning of the new year.‘We are satisfied that state government has taken very effective methods and they may continue with the same and the manner in which the state government has taken steps to prevent and control swine flue shows that it is interested in the welfare of the people of Gujarat,’ the court said. (Read: Swine flu in J&K: H95 masks sold at Rs 350, public outraged)‘We request the government to take effective steps in rural areas also,’ said the division bench of acting Chief Justice V M Sahai and Justice R P Dholaria.The court, which was hearing a PIL, posted further hearing on March 3. P V Dave, Additional Director in the Health Commissioner’s office, today said in an affidavit before the court that the health department had instructed all the private hospitals to provide free treatment to swine flu patients. (Read:Swine flu in UP: No. of cases reach 359, testing facilities in the city ineffective)As many as 326 private hospitals were ready to provide free treatment but many of them wanted to limit the free treatment to the people to `below the poverty line’ category, it said.The state had decided to set up three laboratories for swine flu testing at the medical colleges in Vadodara, Bhavnagar and Jamnagar districts, in addition to existing five laboratories (two in Ahmedabad district and one each in Surat, Rajkot and Kutch), it said. (Read:Swine flu in Ahmedabad: Government bans people from gathering in large groups)Petitioner Devarshi Patel alleges that state government is not doing enough to tackle the disease. Also Read - Ganesh Chaturthi 2020: 4 reasons an eco-friendly Ganesha is good for you

Source: PTI Also Read - Weight loss diet: How to eat healthy in a restaurant when you want to lose weight 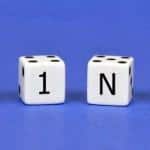