Tags: In the news  Swine flu in Ahemdabad

As Gujarat reels under the immense pressure that swine flu has put it under, recording more than 230 swine flu deaths, which include more than 50 fatalities in Ahmedabad, since January this year, Ahmedabad district collector has invoked Section 144 of the Criminal Procedure Code on Tuesday. Also Read - Ganesh Chaturthi 2020: 4 reasons an eco-friendly Ganesha is good for you

The section basically means that the government has disallowed any mass gatherings without prior permission. In a statement to The Times Of India, the Ahmedabad district collector said, It has come to our notice that swine flu cases have been on the rise in Gujarat including Ahmedabad. The virus, which causes swine flu, is contagious and generally infects people by entering through nostrils and mouth mostly at crowded places. Here are 15 precautions you must take to prevent swine flu. Also Read - Ahmedabad: Dengue and swine flu rearing up in the city

That being said the Collector has made an exception for people to gather for marriage and death processions.

In the case of public events that cannot be called off or postponed, the organisers will have to take prior permission and ensure that they take proper precautions to prevent the prevention of swine flu like providing the participants with masks and ensuring that they dispose of the masks in a proper manner. Apart from that the government has asked organisers to display billboards with clear instructions on how people can prevent the spread of swine flu.

Incidentally, the number of swine flu positive cases in Gujarat is a staggering 3,527 and the disease has been the cause for the largest number of fatalities in Ahmedabad since January this year. According to an official statement the Gujarat government said, Gujarat has recorded 12 swine flu deaths and 231 new cases today. While, the total number of deaths has climbed to 231, and that of positive cases to 3,527 since January this year.

Swine flu in Telangana: Are you being treated for the wrong virus?

15 precautions every Indian should take to prevent swine flu 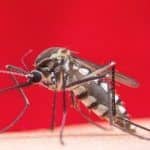