Pune, Jan 14: With two swine flu deaths in Maharshtra, the state health department has raised a swine flu alert. As measures to curb the spread of virus, the district officials and civil surgeons have been asked to step-up their surveillance and increase preventive measures as the state now will host a number of religious fairs across villages and in such cases eruption of a pandemic is a high possibility. Also Read - Ganesh Chaturthi 2020: 4 reasons an eco-friendly Ganesha is good for you

The cities of Pune and Nagpur will experience a steep drop in temperatures with the change of the month, and tackling the spread of swine flu will get even more difficult as cold temperatures provide a conducive atmosphere for the virus to grow. Hence, the civil officials of these cities have been asked to keep all the medical facilities ready also the state health department has issued a letter on January 12 ordering all the officials to keep a vigil on suspected cases and be more alert and also asked the to direct all the healthcare facilities to be ready to tackle the menace. Also Read - Spanish flu: 4 ways to limit its spread

Cases of fresh swine flu infection have been detected in the state’s urban as well as rural areas. Two people – one from the city (Wanowrie) and another from a rural part – have succumbed to the infection in Pune in the last few days. The prevailing chill in the state is conducive for the swine flu virus. Besides, this is the time of the year when people throng the annual religious fairs that are held in the rural parts of the state and the swine flu infection, which is air-borne and contagious, can spread in such public gatherings, Kanchan Jagtap, joint director of state health department told TOI on Tuesday.(Read: 65 year old tests positive for swine flu in Bhubaneshwar)

TOI also reported the joint director saying, We have told health officials to strengthen surveillance of patients exhibiting influenza-like symptoms in their areas and administer Tamiflu tablets in time to those who are suspected to have contracted the infection. We have also stressed on educating people on ways to ward off the infection like washing hands frequently and staying away from people with flu-like symptoms. (Read: 8 confirmed cases of swine flu in Haryana)

We have directed civil surgeons of all districts to keep state-run healthcare medical facilities like primary health centres (PHC), rural hospitals, sub-district hospitals and district hospitals ready with required medical paraphernalia to promptly treat infected patients. Besides, we have also directed civic medical officers of health to keep their hospitals ready and ensure that the intensive care units in their jurisdictions are functional and ready with emergency life support systems like ventilators. We have also told health officials to conduct training of their staff in operating ventilators and convene meetings of all healthcare professionals including private medical practitioners to keep them abreast with the current swine flu situation in the state, Jagtap said.

The number of cases in the state have been reported from Puneand Nagpur with total number of cases in Pune reaching0 13 and total death toll being two so far. Nagpur has also reported two swine flu cases so far and hence district health and civil officials have been asked to be more vigilant and take more preventive and containment measures. (Read: Swine flu: Ten facts you should know)

How to prevent swine flu: 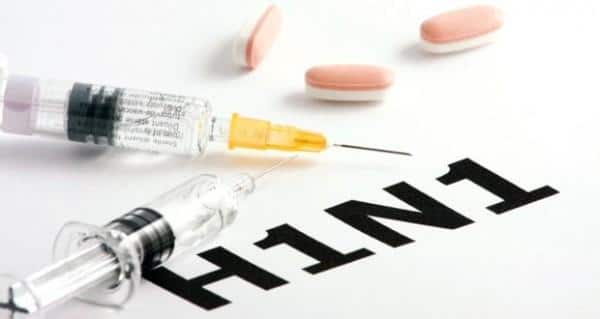