Job dissatisfaction among people in their late 20s and 30s can have poor overall health and emotional problems by the time they reach early 40s, warn researchers.

Job dissatisfaction among people in their late 20s and 30s can have poor overall health and emotional problems by the time they reach early 40s, warn researchers. The findings showed that mental health was most affected by one’s feelings about their jobs. We found that there is a cumulative effect of job satisfaction on health that appears as early as your 40s, said lead author Jonathan Dirlam, doctoral student at The Ohio State University, in the US. People who were less happy with their work early in their careers were more depressed and worried and also had more trouble sleeping. The research revealed that those with low job satisfaction and downward trending careers had more problems like back pain and frequent colds compared to the ones with high satisfaction group. (Read: Want a good work life? Sleep!) Also Read - Subtle signs that can predict relapse in bipolar disorder

The higher levels of mental health problems for those with low job satisfaction may be a precursor to future physical problems, added Hui Zheng, Associate Professor at Ohio State. Increased anxiety and depression could lead to heart diseases or other health problems that won’t show up until they are older, Zheng said. On the other hand, people whose job satisfaction started low but got better over the course of their early career didn’t have the health problems associated with consistently low or declining satisfaction. For the study, the team examined job satisfaction trajectories for people from age 25 to 39-year-old. These participants then reported a variety of health measures after they turned 40. The researchers put participants in four groups: consistently low and consistently high job satisfaction, those whose satisfaction started high but was trending down and those who started low but were trending higher. (Read: 10 ways to reduce stress at work) Also Read - 5 Ways to incorporate Feng Shui in your home to improve mental health

The results showed that nearly 45 per cent of participants had consistently low job satisfaction, while another 23 per cent had levels that were trending downward through their early career. About 15 per cent of people were consistently happy at their jobs and about 17 per cent were trending upward. The study was presented at the annual meeting of the American Sociological Association in Seattle, recently. (Read: Beware! Your work could be killing you) 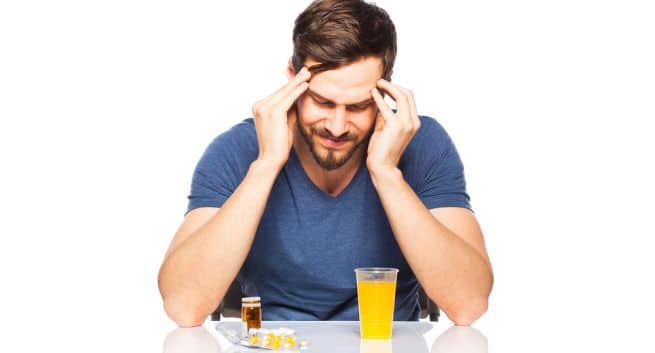 5 fruit juices you should NOT have with medicines