Exercise can increase the production of a key protein that is likely to help in keeping the brain active as well as lower the risk of neurological diseases like dementia, a new study conducted on mice has found.

Exercise can increase the production of a key protein that is likely to help in keeping the brain active as well as lower the risk of neurological diseases like dementia, a new study conducted on mice has found. The findings showed that during the rodents’ exercise routine, certain chemicals naturally build up in the brain and kick-start the production of BDNF — also called Miracle-Gro — for the brain because of its role in enhancing memory and the growth of nerve cells. We believe that our study shows a precise biological mechanism behind increased BDNF production in mammals due to exercise, said Moses Chao, professor at New York University, in the US. (Read: 5 ways to keep dementia and Alzheimer s disease at bay) Also Read - Genes linked to common brain disorder, Chiari 1 malformation, identified

Unravelling the mysteries of BDNF is important as we seek more ways to naturally keep mammalian brains healthy, including those of humans, Chao added. Unravelling the mystery of BDNF production to naturally keep mammalian brains healthy, the researchers found that ketone — a chemical naturally produced in the liver called beta-hydroxybutyrate (DBHB) –, triggers biological reactions that activates the BDNF gene to produce more of its protein. Also, this DBHB — which builds up in the body and brain with exercise — was found to prevent other proteins in the brain known as histone deacetylase complexes, or HDACs, from suppressing BDNF production by altering the environment of the BDNF gene. (Read: Dementia- Frequently asked Questions) Also Read - Spend 10 mins in the sun every morning to sharpen your memory

For the study, published online in the journal eLife, the team compared the brains of mice that had been allowed to run at will on a cage wheel for a month with the brains of mice that did not run. Our findings suggest how we might boost production of BDNF as studies have confirmed that doing so protects the brain, Chao said. The researchers used commercially available psychiatric drugs already known to stabilize mood and prevent seizures by inhibiting HDACs and open up the otherwise closed BDNF gene, making it easier to trigger its action and increase BDNF production by as much as 50 percent. (Read: Key to preventing dementia: Mediterranean diet) 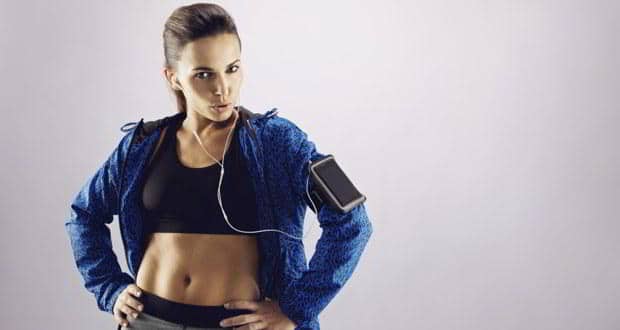 Using a fitness app? Study says around 3000 of them aren't science-based