A WHO-supported study says that over 50 percent of patients enrolled in the government health insurance scheme – Rashtriya Swasthya Bima Yojana (RSBY) – had to spend from their own pockets at the time of admission. Also Read - A universal health scheme for millions all set to roll out may bring down quality treatment, say doctors

‘It is unacceptable that even after four years of the scheme, more than 50 percent of enrolled patients had to incur out-of-pocket (OOP) expenditure at the time of admission,’ said N. Devadasan, principal investigator of the study by the Bangalore-based Institute of Public Health (IPH). Also Read - Low healthcare spends major concern: President Mukherjee

According to the study, the objective of RSBY to provide free hospitalisation to poor people is only being met partially. The scheme would become a major fiasco, it said, if insurance companies continue to undermine it. The IPH study, carried out with the help of WHO’s Alliance for Health Policy and System Research, Geneva, surveyed a total of 2,920 families across more than 500 villages of Gujarat’s Patan district, which had enrolled in the RSBY during 2010-2011. It found that of the 526 admissions, only 227 patients (43 percent) did not have to spend any money at the time of the admission. Also Read - Health insurance for poor - Religare to talk to governments

‘The rest of the patients incurred out-of-pocket (OOP) expenditure ranging from Rs.10 to Rs.1,50,000. The average OOP expenditure was Rs.10,692 per patient. Further, 188 patients (36 percent of all patients) had a RSBY card but still had to pay at the time of admission. This was because most of them (122) were asked by the hospitals to purchase medicines from outside,’ the IPH said in a release. ‘This is against the contract that the hospital has signed with the insurance company and thereby with the scheme,’ said Devadasan.

A major reason for the RSBY’s malfunctioning, the study found is lack of governance by insurance companies. ‘It is time for the state nodal agencies to take notice of this problem and immediately take corrective action against the insurance companies and the private providers,’ the investigators said.

Indian soldiers to have customized yoga 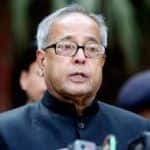 Health insurance for poor - Religare to talk to governments