Strict laws in UP to curb hospital vandalism, attack on doctors

People who vandalise medical facilities or thrash hospital doctors in Uttar Pradesh can now be arrested by police faster, without a court-issued warrant, and the culprits would also not get bail, acco

Tags: Doctors thrashed  Healthcare in UP  UP

People who vandalise medical facilities or thrash hospital doctors in Uttar Pradesh can now be arrested by police faster, without a court-issued warrant, and the culprits would also not get bail, according to a new stringent law. The guilty can be punished with a maximum imprisonment of three years and a hefty fine, depending upon the cost of damage inflicted by him, an official told IANS Thursday. These provisions are incorporated in the medical protection ordinance that was approved by Governor B.L. Joshi on Tuesday and came into effect immediately, he said. Also Read - Violence against doctors in India: "Patients and doctors need to understand each other better to improve healthcare"

Giving more powers to police to tackle such crimes, the ordinance makes attacks on doctors a cognizable offence which would now be non-bailable. A cognizable offence is one in which police are empowered to register a first information report (FIR), investigate, and arrest an accused without a court-issued warrant. Apart from imprisonment, any person found guilty of vandalism in government and private hospitals can be slapped with a fine equal to double the cost of damage inflicted by him, said an official. Also Read - Six UP medical colleges to be super-speciality centres

The damage to property would be estimated by an expert group, he said. Medical Health and Family Welfare Minister Ahmad Hasan said the ordinance was aimed at ensuring the safety of medical staff and public convenience. The state government is committed to ensuring uninterrupted healthcare to the people as also the safety and security of the medical staff, he said. It has generally been noticed that after the death of a patient at a medical facility, relatives of the patient go on the rampage, damage hospital property and rough up medical staff, including nurses, ward boys and doctors, said an official. He said the rioting often triggered strikes by the medical staff, causing inconvenience to public.

Law enforcers said the law would come in handy as incidents of rioting in medical facilities were fast becoming perpetual headaches . Inspector General of Police (Law and Order) R.K. Vishwakarma said: We are very sure the law would be an effective tool for police to tackle such endless problems.

The law will go a long way in safeguarding the healthcare facilities against hooliganism, he added. Under the new law, police would be able to book mischief makers under specific provisions, something that they were unable to do earlier, said a crime branch police official. The state cabinet, presided over by Chief Minister Akhilesh Yadav, cleared the law May 7.

The new law offers an anti-rioting shield to all medical colleges, private nursing homes, maternity centres, community and primary health centres, clinics registered with the health department, and central and state hospitals. Health department officials said they have now been tasked to ensure that the word about the new and stringent law spread so to deter those who indulge in violence and rioting at medical facilities. 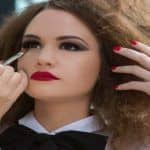 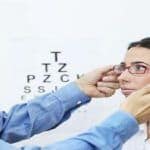 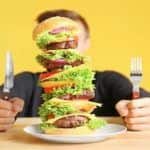