SA Ramdas, Karnataka’s medical education minister was infuriated after a visit to Kidwai Memorial Institute of Oncology on Tuesday when he witnessed first-hand the sorry state of affairs of Karnatak

SA Ramdas, Karnataka’s medical education minister was infuriated after a visit to Kidwai Memorial Institute of Oncology on Tuesday when he witnessed first-hand the sorry state of affairs of Karnataka’s premier cancer care institution.  The minister pulled up a senior oncologist for irregularity and recommended that a biometric attendance system be installed to cut down on absenteeism among staffer. Also Read - NIN's unscientific report on Akshaya Patra food flayed

The minister was attending the Rajyotsava celebrations at the hospital and decided to visit some departments including the general ward, OPD, children’s ward and blood bank.  The minister warned doctors and other staff that irregularity will not be tolerated and anyone who remains absent for three days without prior notice would invite strict action. Also Read - PM Modi talks about treatment of Diabetic Retinopathy (DR) among rural patients

The minister also recommended the suspension of blood bank lab technician for dereliction of duty. He chanced upon the man when he spotted him standing in a corner. When he asked to see his work records, he found out that the file hadn’t been maintained. Ramdas recommended the constitution of a committee to hold an inquiry against Lokraj. Also Read - International Yoga Day: 10,000 people from Karnataka celebrate at Kanteerava stadium 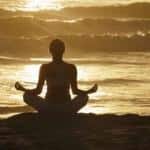