Soon, diabetics could do away with their daily insulin dose 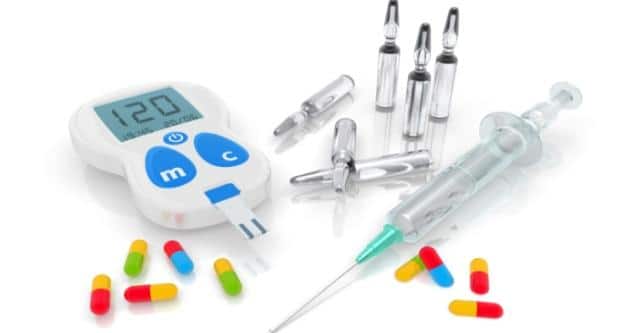 There is good news for patients suffering from type-one diabetes as they may soon be able to do away with their daily insulin dose to manage their blood-sugar levels. Researchers have found that a peptide called caerulein can convert existing cells in the pancreas into those cells destroyed in type-one diabetes-insulin-producing beta cells. 'We have found a promising technique for type-one diabetics to restore the body's ability to produce insulin,' said Fred Levine, a professor at Sanford-Burnham Medical Research Institute in the US. 'By introducing caerulein to the pancreas, we were able to generate new beta cells - the cells that produce insulin,' Levine added.

The study first examined how mice in which almost all beta cells were destroyed - similar to humans with type-one diabetes - responded to injections of caerulein. In those mice, but not in normal mice, they found that caerulein caused existing alpha cells in the pancreas to differentiate into insulin-producing beta cells. The research team then examined human pancreatic tissue from type-one diabetics, finding strong evidence that the same process induced by caerulein also occurred in the pancreases of those individuals.

Caerulein is a peptide originally discovered in the skin of Australian Blue Mountains tree frogs. It stimulates gastric, biliary, and pancreatic secretions, and has been used in humans as a diagnostic tool in pancreatic diseases. An estimated over 300 million people worldwide are living with type-one diabetes.
The study appeared in the journal Cell Death and Disease.

What is type 1 diabetes?

Type 1 diabetes, also referred to as juvenile-onset diabetes or insulin-dependent diabetes mellitus, is an autoimmune disease. It most commonly starts in people below the age of 20. But it may occur at any age. It is relatively rare, accounting for around 1-2% of all people with diabetes.

Type 1 diabetes develops if the body produces little or no insulin. This occurs when the insulin-producing cells in the pancreas are mistakenly destroyed by the body's own immune system. Genetics may play a role in this process and it can be triggered by certain infections or by abnormal secretion of some hormones in blood. It can also be caused due to destruction of the pancreas by alcohol, disease, etc. or due to removal of pancreas by surgery.

A positive family history increases the risk of developing type 1 diabetes. Adequate levels of vitamin D during young adulthood may halve the risk of adult-onset type 1 diabetes, according to a new research. Excessive urine production, appetite and weight loss, increased thirst, getting tired easily are some of the symptoms. It is diagnosed with blood and urine tests. Diabetes is a chronic condition that can be treated but can't be cured. Type 1 diabetes is treated with insulin, exercise and diet. It is important to maintain a healthy lifestyle and stick to daily routines of regular exercise, good nutrition, glucose monitoring, and regular visits to the doctor. Read more about Type 1 diabetes causes, symptoms, diagnosis, treatment and prevention