United Progressive Alliance chairperson Sonia Gandhi said in Thane on Wednesday that the government is paying maximum attention to the health and welfare of women and children, especially those in the

United Progressive Alliance chairperson Sonia Gandhi said in Thane on Wednesday that the government is paying maximum attention to the health and welfare of women and children, especially those in the backward areas of the country. Also Read - Importance of child vaccination: Keeping up with easy to go immunization schedule

‘Children are the future of this country and their welfare is our prime concern. The health of children is directly linked to the well-being of the mother, for which the central and state governments have taken several measures,’ Sonia Gandhi said. Her remarks came at the launch of the government’s pet scheme, Rashtriya Bal Swasthya Karyakram (RBSK), initiated under the National Rural Health Mission. The scheme aims to provide comprehensive health care benefits to over 27 crore children across India. Also Read - Visiting your preliminary healthcare centres during COVID-19? Study chalks out precautions you should take

Sonia Gandhi described the RBSK as ‘a significant step towards controlling malnutrition’ among children. ‘Nearly 40 percent of children in the country continue to be malnourished, a matter of grave concern. I am confident that the RBSK will prove to be successful in controlling the problem,’ Gandhi said. The chairperson of the UPA said that over 12 crore children get fresh, good food under the mid-day meal scheme in government schools. She said there would be no fund constraint for schemes aimed at the development of the backward regions of the country, and listed several schemes for the benefit of the undeveloped parts of the country. Also Read - 6 bad habits that could be damage your child’s teeth

Sonia Gandhi said that in the past couple of years, the government had set up 27 new nursing schools in the backward regions and Palghar (sub-district) in Thane was selected for the launch of RBSK, as it is a predominantly tribal area. In this context, she pointed out that just a few years ago, over 2,00,000 children fell victims to polio each year. ‘Now, India is polio-free, a major achievement for the country,’ Gandhi said, adding that the Right To Education would ensure that no child was denied basic education. She said the Food Security Bill would contribute towards reducing malnutrition among children.

Union Minister for Health and Family Welfare Ghulam Nabi Azad and Maharashtra Chief Minister Prithviraj Chavan were present at the launch function, attended by a large number of tribals from Palghar and surrounding areas of Thane district, adjoining Mumbai. Under RBSK, the government has assured a package of health services for all children up to the age of 18. The scheme has been launched in Palghar and is set to extend across the country, in different phases.

Children will, under the scheme, be screened for 30 common ailments/health conditions, so that there is the possibility of early medical intervention, in case there is such need. Birth defects like Down’s syndrome, congenital cataract, deafness and heart defect, deficiency conditions like anaemia, malnutrition and goitre, developmental delays and disabilities like hearing impairment and vision impairment are among the conditions for which children will be screened under this scheme. Mobile health teams will be dedicated to the screening of children, and two AYUSH doctors (one male and one female), nurse and a pharmacist would be available for the service in every block. All children in the 0-6 age range enrolled in anganwadis would be screened at least twice a year; all children in government schools and in schools aided by the government would also be regularly screened for the conditions. Newborn children will also be screened for possible birth defects in health facilities where deliveries take place.

Children with deficiencies, disabilities or diseases would be referred to higher centres for further investigation and treatment.

Excess sugar bad for heart in the long run

Why are obese people at risk of type-2 diabetes? 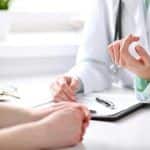 Visiting your preliminary healthcare centres during COVID-19? Study chalks out precautions you should take