A Delhi lawyer has taken e-commerce giant Snapdeal.com to court for selling sex accessories, reports Quartz. Interestingly, the lawyer claims he has done so to test the country’s anti-homosexuality

A Delhi lawyer has taken e-commerce giant Snapdeal.com to court for selling sex accessories, reports Quartz. Interestingly, the lawyer claims he has done so to test the country’s anti-homosexuality law. Suhaas Joshi, a Supreme Court advocate filed a complaint against Snapdeal.com and Ohmysecret.com for abetting gay sex and exhibiting obscene objects. The products, which include anal lubricants and vibrators violate sections 292, 292 A, 293, 295 and 377, of the Indian Penal Code. Following this, a metropolitan magistrate at Delhi’s Tis Hazari court, in its order dated Feb 5, asked the police to investigate the matter and submit a report next month. Also Read - Ganesh Chaturthi 2020: 4 reasons an eco-friendly Ganesha is good for you

The lawyer told The Indian Express that he is not anti-homosexual. He said: ‘My complaint is not against the LGBT community or any particular e-tailer, but only aims to highlight the unreasonableness of Section 377, which seeks to regulate the basic privacy of people and wants law enforcement to act as an unrelenting Peeping Tom. I would like to see how the government reacts to the court proceedings.’ Also Read - 7 reasons why the #BeefBan is good

He also told Quartz: ‘I am not against homosexuality. There is a lot of confusion. Companies are selling products which are used for same sex activity, but at the same time, the Indian government says such acts are illegal.’  ‘I only wanted to test the law,’ Joshi said. ‘Either parliament should debate and discuss the issue or state should come to the rescue of all those affected.’ Also Read - Shubh Mangal Zyada Saavdhan and other Indian movies that portrayed homosexuality sensitively

Interestingly, despite what we may think, the sex toy industry isn’t really booming, perhaps because even talking about sex remains taboo for most Indians.  According to Section 377, any intercourse against the order of nature is a crime. This includes homosexuality, bestiality and I guess even marriage because, when was the last time you saw animals get married?

The Victorian ban on sex toys

While we’ve debated Section 377 at length, section 292 of the Indian Penal Codebans the sale of obscene books. For your information, book means anything from pamphlets to objects; although I don’t know what kind of sex toys existed back in Victorian England, which is the inspiration for this particular law.

Interestingly, there’s an exception to this rule. The book can be spared if it can be justified that it ‘is in the interest of science, literature, art or learning or other objects of general concern, or which is kept or used bona fide for religious purposes’.  So technically, if a person who has a sex toy were to claim that his or her religion demands that he use the sex toy, that should decriminalise the use of said object!

So the ball is in the police’s court which will examine the laws and submit a report next month. After that our lawmakers would have to decide what kind of a nation we are. Are we a nanny state or a nation that is grown up enough to let consenting adults do what they want with their lives?

If you possess a legal bent of mind, you can check out the exact wordings of the Indian Penal Code below.

Section 292 in The Indian Penal Code

(1) For the purposes of sub-section (2), a book, pamphlet, paper, writing, drawing, painting, representation, figure or any other object, shall be deemed to be obscene if it is lascivious or appeals to the pruri¬ent interest or if its effect, or (where it comprises two or more distinct items) the effect of any one of its items, is, if taken as a whole, such as to tend to deprave and corrupt person, who are likely, having regard to all relevant circumstances, to read, see or hear the matter contained or embodied in it.]

(a) sells, lets to hire, distributes, publicly exhibits or in any manner puts into circulation, or for purposes of sale, hire, distribution, public exhibition or circulation, makes, produces or has in his possession any obscene book, pamphlet, paper, drawing, painting, representation or figure or any other obscene object whatsoever, or

(b) imports, exports or conveys any obscene object for any of the purposes aforesaid, or knowing or having reason to believe that such object will be sold, let to hire, distributed or publicly exhibited or in any manner put into circulation, or

(c) takes part in or receives profits from any business in the course of which he knows or has reason to believe that any such obscene objects are for any of the purposes aforesaid, made, produced, purchased, kept, imported, exported, conveyed, publicly exhibited or in any manner put into circulation, or

(d) advertises or makes known by any means whatsoever that any person is engaged or is ready to engage in any act which is an offence under this section, or that any such obscene object can be procured from or through any person, or

264 [(Exception) —This section does not extend to—

(a) any book, pamphlet, paper, writing, drawing, painting, repre¬sentation or figure— (i) the publication of which is proved to be justified as being for the public good on the ground that such book, pamphlet, paper, writing, drawing, painting, representation or figure is in the interest of science, literature, art or learning or other objects of general concern, or (ii) which is kept or used bona fide for religious purposes;

(b) any representation sculptured, engraved, painted or otherwise represented on or in— (i) any ancient monument within the meaning of the Ancient Monu¬ments and Archaeological Sites and Remains Act, 1958 (24 of 1958), or (ii) any temple, or on any car used for the conveyance of idols, or kept or used for any religious purpose.

Why are rural girls more prone to undiagnosed asthma? 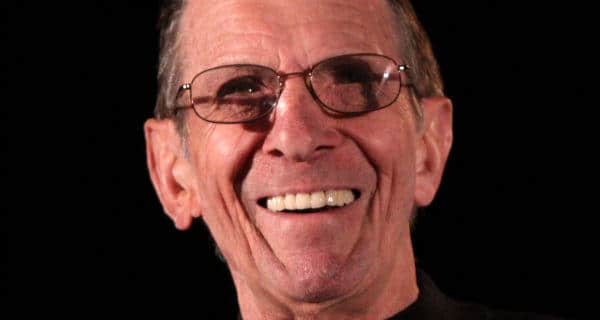