Smokeless tobacco use rising in India 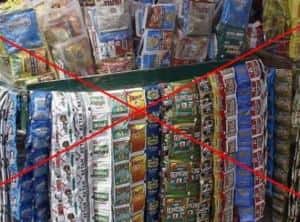 The use of smokeless tobacco is on the rise in India, especially among women, since it does not have the stigma of smoking attached to it, a release said in New Delhi on Tuesday.

As more and more women chew gutka, khaini and zarda, serious health problems like cancer of the mouth and neck and still births are increasing at a rapid pace, according to a factsheet released by the World Lung Foundation (WLF).

According to the WLF, there are many factors, including socio-economic and cultural, behind the increasing use of smokeless tobacco by women. (Read: 90% of the world's smokeless tobacco users are from South-East Asia!)

To create awareness about the perils of smokeless tobacco, the government launched a new campaign 'Tears You Apart' with technical and financial support from WLF and the Bloomberg Philanthropies in July.

The campaign graphically depicts the adverse effects of smokeless tobacco consumption through personal testimonials of victims suffering from cancer.

Sold as mouth fresheners or something similar, these products use menthol, perfume, spices, sugar, etc. to mask the bitter taste of tobacco and other carcinogens and get youngsters hooked. The truth is that tobacco remains the most dangerous consumer product in the world in the 21st century which kills half its patrons and its very existence is a bane to mankind.

In India, tobacco causes 45% of all cancer deaths and 20% of all deaths. People find it impossible to quit because of the addictive nature of the chemical nicotine so addictive that WHO considers tobacco addiction a disease which sadly afflicts one out of every three Indian. Along with tobacco, gutka and pan masala contain other harmful metal content like lead, cadmium, chromium, arsenic, copper and nickel. Areca nut or betel nut one of the main ingredients of all these products is a confirmed carcinogen according to WHO and a cause of severe illnesses. (Read: Have you joined the War on Tobacco)

Here's more on tobacco use in India: