Sleeping pills don't lull you to sleep but their placebo (dummy) effect does, which is psychological, reveals a new study. A placebo is a dummy treatment for a disease intended to deceive the recip

Sleeping pills don’t lull you to sleep but their placebo (dummy) effect does, which is psychological, reveals a new study. A placebo is a dummy treatment for a disease intended to deceive the recipient into believing that he is receiving an actual pill. It may have a perceived or actual improvement in one’s condition, commonly called the placebo effect. Also Read - Sleeping pills 'Z-drugs' can increase risk of fractures and stroke in dementia patients

Researchers from the UK and the US have cast doubt over the effectiveness of drugs for insomniacs. The placebo (dummy) effect produced around 50 percent of the benefits, with the active ingredient, Z-drugs in sleeping pills making up the rest, the British Medical Journal reports. Sleep inducing drugs have been criticised for having too many side effects – such as memory loss, extreme tiredness and balance problems – compared with their benefits. Previous research suggests sleeping pills do not combat long-term sleep problems and cognitive behavioural therapy has been proven to work better, according to the Daily Mail. Also Read - Do you opt for sleeping pills regularly? It can impact your blood pressure

Researchers from the universities of Lincoln and Connecticut and the Harvard Medical School looked at trials in which the effects of sleeping pills were compared with placebos, non-active substances which supposedly have little effect on the condition. Niroshan Siriwardena, professor at Lincoln, who led the study, said: “Psychological treatments for insomnia can work as effectively as sleeping tablets in the short term and better in the long term, so we should pay more attention to increasing access to these treatments for patients who might benefit.” Also Read - B-group vitamins can enhance concentration skills among psychotic patients: Study

Researchers analysed 13 clinical trials containing 65 different comparisons and more than 4,300 participants. They looked at the difference between the drug response and placebo response, as well as the change which occurs after administration of a placebo – which includes factors such as improvement over the natural course of the condition.

Do you opt for sleeping pills regularly? It can impact your blood pressure 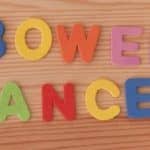