An impulsive approach to food, alcohol or drug often develops into full blown addiction, with deleterious effects -- but a new drug may help people quell these uncontrollable urges. For instance, mod

An impulsive approach to food, alcohol or drug often develops into full blown addiction, with deleterious effects — but a new drug may help people quell these uncontrollable urges. For instance, modafinil (Provigil), a drug originally developed to increase wakefulness, may help some people cut down on drinking by regulating their impulses, according Lianne Schmaal and colleagues, who conducted the study at the University of Amsterdam. Although modafinil is for the treatment of several sleep disorders, it has been shown to enhance cognition. Also Read - Steer clear of frozen cocktails and milk shakes if you are over 40

Such beneficial effects have been observed in healthy individuals and in schizophrenics and those with attention-deficit/hyperactivity disorder, the journal Biological Psychiatry reports. The researchers also measured participants’ underlying brain activity while they completed a stop signal task designed to measure impulsive behaviour, according to an Amsterdam statement. ‘This line of research adopts a strategy from the attention deficit disorder ‘playbook’. Modafinil has effects that resemble amphetamine. ‘This interesting new study suggests that, if you are impulsive, modafinil may help your self-control,’ said John Krystal, editor of Biological Psychiatry. Also Read - Want to live longer? Drink half a pint of beer every day 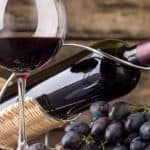