Lack of sleep can take a toll on your mental and physical well-being. According to this new study, insufficient sleep can dehydrate you. 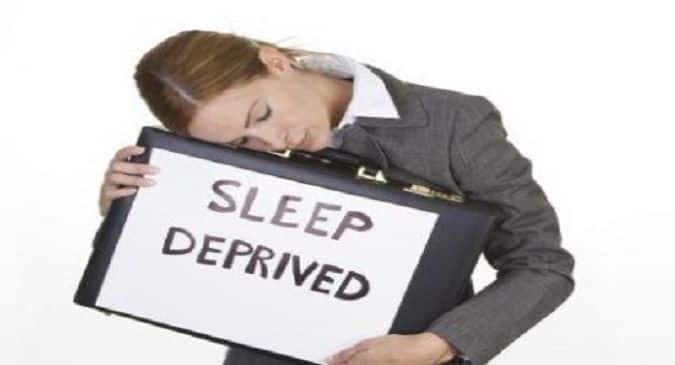 Lack of sleep can lead to dehydration. ©Shutterstock

Getting a good night’s sleep is important to stay fit and fine. You may experience fatigue, lack of focus and concentration and many other health issues due to lack of proper sleep. But, if you are still passing sleepless nights then you shouldn’t miss this one. This research tells you why poor sleep can be harmful to you. Also Read - Here’s what happens when you don't get enough sleep every night

Lack of sleep may lead to dehydration by disrupting the release of a hormone which is vital in regulating hydration. Sleep deprivation can put you at the risk of type 2 diabetes, high blood pressure and obesity. Reportedly, some studies have observed that sleeplessness increases the risk of kidney disease and even premature death. Your kidneys play an important part in hydration, and drinking more water can enhance your kidney health and the functioning of them too. Also Read - Caffeine overdose to dehydration: Drinking too much green tea can be seriously harmful

Reportedly, some studies have evaluated the effects of sleep deprivation on the body’s hydration levels. This new research has tried to fill this gap. Asher Rosinger, Ph.D., an assistant professor of biobehavioral health at Pennsylvania State University in State College, was the leader of the study. Also Read - Sleep well to regulate your mood and ward off anxiety

Reportedly, the new study, which observes the effect of lack of sleep on hydration levels among adults from the United States and China, was published in the journal Sleep. Rosinger and colleagues analyzed the data which was available from two large studies: the National Health and Nutrition Examination Survey and the Chinese Kailuan Study. Above 20,000 healthy young adults, who had provided urine samples and completed questionnaires concerning their sleeping habits, were examined by the researchers.

The findings of the study revealed that people who regularly got 6 or fewer hours of sleep each night had more concentrated urine than those who got about 8 hours every night. Short sleep duration was tied to higher odds of inadequate hydration in [American] and Chinese adults, relative to sleeping 8 hours. People who reportedly slept for 6 hours or less each night were 16-59 per cent more likely to get dehydrated than those who slept for 8 hours a night. Thus, the study didn’t find any link with getting 9 or more hours of sleep per night.

Reportedly, according to Rosinger, if you’re not getting enough sleep and you feel bad or tired the next day, hydrate yourself by drinking extra water. Vasopressin is an antidiuretic hormone which controls the body’s water balance during the day and night. If you are getting dehydrated often then you should take necessary steps as it can lead to a headache, muscle weakness and so on. So, make sure that you get a peaceful good night’s sleep and stay in top shape. 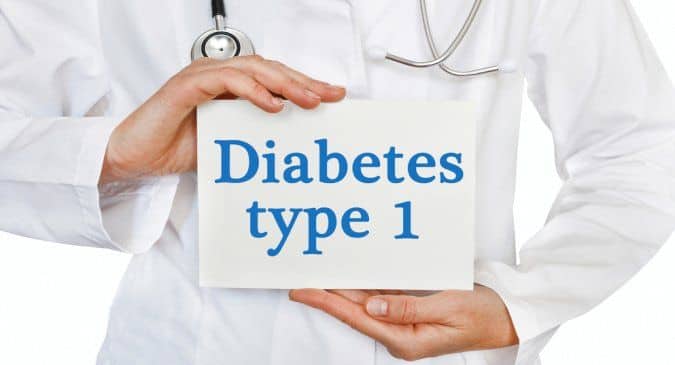 Did you know? Managing weight during pregnancy can affect your child's bone health 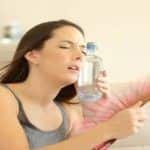