Six orphan siblings submitted a memorandum to the district magistrate of Kannauj, 125 km from Lucknow, seeking permission to kill themselves as they had no food. The petition was submitted to Distric

Six orphan siblings submitted a memorandum to the district magistrate of Kannauj, 125 km from Lucknow, seeking permission to kill themselves as they had no food. The petition was submitted to District Magistrate Selva Kumari J. by the eldest of the six – three brothers and three sisters – at her collectorate office. Also Read - According to UNICEF, 1 out of 3 children under 5 are malnourished

“Other than a reference to euthanasia, the petition spoke of a long-overdue insurance amount and a demand for a bribe from the Lekhpal (the official who keeps revenue records),” the district magistrate said, confirming that she had received the children’s petition.  “The kids complained that they are yet to get dues against an insurance policy, Krishak Bima Yojna, and that the Lekhpal had sought Rs.12,000 as bribe to settle their dues,” the district magistrate explained. The six children are all below 14 years old. Neighbours said that someone or the other from the village would feed the children once in a while, but the kids could not go on living off good will. Also Read - Hospitalised older cancer patients at risk of malnutrition: Study

Both parents of the children were killed in a road accident one year ago, and the six have since been forced to fend for themselves. The children complained that the 2.5-bigha land that the family owned in village Bisapur Terai was taken over by someone who would not allow them to till it. Since the death of the parents was sudden and tragic, the children have not been able to get their names registered in revenue records, “Khasra Khatauni” as legal heirs, sources said. Also Read - 5 gut bacteria boosting foods to tackle malnutrition

Their mother had a Below Poverty Line (BPL) ration card in her name. The children have been using the ration card to draw food grain, and a record of this is available with the Kotedar, the district magistrate told IANS.  The six children are also enrolled in a local primary school. The district magistrate said that a probe has been ordered into the matter to ascertain the truth of the childrens’ complaints.

Kannauj, incidentally, is the parliamentary constituency of Dimple Yadav, wife of Chief Minister Akhilesh Yadav. The chief minister has represented the seat in the Lok Sabha three times.  The opposition is using this incident to the hilt, claiming “kids were seeking death” in the state. Swamy Prasad Maurya, Leader of Opposition in the state assembly, told IANS that the issue was a reflection of the state government’s lack of concern for the poor. “Jab sabha ke neta anaaj ghotale mein saara anaaj kha jayenge to log to bhukhe marenge hi,” (When leaders of assembly are involved in a food grain scam, people will die of hunger),” Maurya said.

Rajendra Chowdhary, state spokesman of the Samajwadi Party, said the district administration has been asked to look into the matter and the chief minister would be informed.  District officials, however, suspect that someone may have instigated the children. They said the children were all too small to think of terms like euthanasia and write such a memorandum. 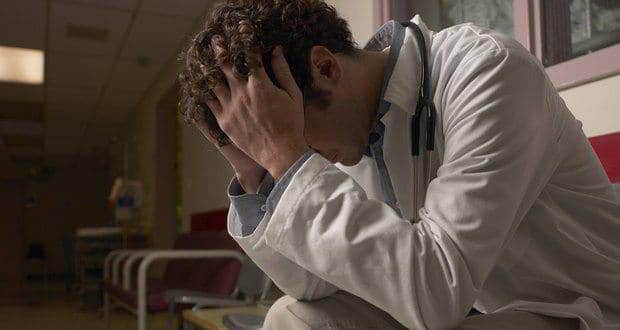 Post-sting op, doc to be chargesheeted