Home / Health News / Sitting all day could give you hypertension and diabetes!

Sitting all day could give you hypertension and diabetes!

Sitting for more than four hours daily makes people vulnerable to diabetes and hypertension, says a new study. Emma George from the University of Western Sydney (UWS) School of Science and Health con

Sitting for more than four hours daily makes people vulnerable to diabetes and hypertension, says a new study.
Emma George from the University of Western Sydney (UWS) School of Science and Health conducted the study with Gregory Kolt, dean, science and health at UWS and Richard Rosenkranz from Kansas State University (US) involving 63,048 men aged between 45 and 64 years. Also Read - Do you sit for prolonged periods? Just 11 minutes of exercise a day can help keep diseases at bay

Read more about diabetes Also Read - How many calories do you burn while sitting, sleeping, walking + other leisure activities?

Participants were asked to report on a range of health-related variables including the presence or absence of chronic diseases, and their daily sitting time, the International Journal of Behavioral Nutrition and Physical Activity reports. Sitting time was divided into four categories: less than four hours, four to six hours, six to eight hours, and more than eight hours, according to a Western Sydney statement.

George says, compared with those who spent four hours or less sitting down each day, participants reporting higher amounts of sitting were much more likely to report serious health conditions.

The rates of chronic diseases reported by the participants exponentially increased in proportion with the amount of time the participants spent sitting down, says George. Despite your levels of physical activity, the more time you spend sitting the less time your body has to stay active and expend energy, says George. George says the study is highly relevant to office workers and anyone whose daily job requires them to sit down for long periods of time, such as truck drivers.

The results of this study suggest that there is potential for people to improve their overall health if they found more opportunities to move around during the day and reduce the amount of time spent sitting, she says. 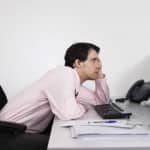 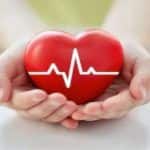 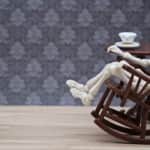 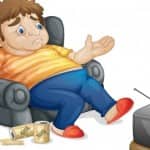 Depression, erectile dysfunction +4 ways you wreck your body by sitting more than 6 hours in a day