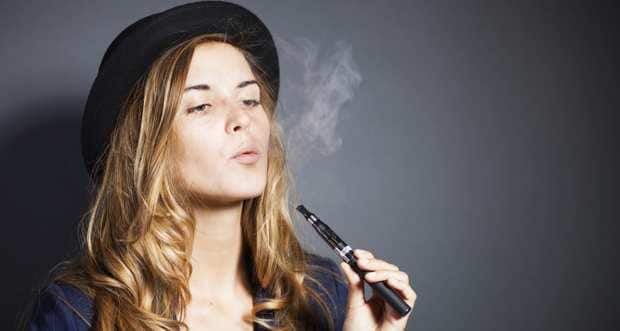 While advertising for conventional cigarettes has long been prohibited in the US, e-cigarettes are being routinely advertised in traditional and social media including Twitter, claims a new study. E-cigarettes are commonly advertised on these platforms and tweets often link to commercial websites promoting e-cigs, researchers from the University of Illinois said.

'There is this whole wild west of social media platforms - Facebook, Twitter and Instagram - and the US Food and Drugs Administration (FDA) has no way to track what is happening in those platforms,' said lead study author Jidong Huang from the University of Illinois.

To reach this conclusion, researchers collected tweets and metadata related to e-cigarettes during a two-month period in 2012. Using novel statistical methodology and carefully chosen keywords, they captured more than 70,000 tweets related to e-cigarettes. Among the 70,000 tweets, nearly 90 percent were commercial tweets and only 10 percent were individual consumer opinions.

As many as 94 percent of the commercial tweets included a website link. 'If kids or youth search for 'vaping pen' or 'e-cig' on Twitter, they will get links to commercial sites where they can purchase these items,' Huang stressed.

Unlike Facebook and some other platforms where one can set privacy controls, all information on Twitter is accessible to anyone. 'We know very little about what these products are made of and what kind of chemicals are in the e-juice,' Huang emphasised. The findings, published in the journal Tobacco Control, have implications for future FDA regulations on the marketing of e-cigarettes and related products.

Worried about the propensity of electronic cigarette advertising, the USFDA recently laid out proposals to regulate products which included e-cigarettes. This bans the sale of e-cigarettes to anyone younger than 18. 'It would also require health warnings on tobacco products, and for the FDA to review those products before they are marketed,' the US health agency said in a press release. E-cigarettes, which contain nicotine extracted from tobacco leaves, have been hailed by some as a safer alternative to cigarettes and smoking. However, some worry that unfettered marketing of these pseudo-cigarettes would attract new users particularly children to the world of tobacco products. (Read: Are electronic cigarettes actually safe for you?)

Earlier, researchers found the e-cig usage had doubled between 2011 and 2012. Some studies have found traces of heavy metals and other contaminants in e-cigarettes, he noted in the Nature report. (Read: The new smart e-cigarettes can help you keep track of your smokes)

An electronic cigarette is a device that mimics the entire smoking process by producing a mist which has the same sensation (sometimes the same flavour too) of smoking. The concept of an electronic cigarette has been around since the 60s but tobacco consumption wasn't really considered hazardous back then and it took until 2003 for the first smokeless e-cigarette to hit the market.

The cartridge's a mouthpiece (like a cigarette's butt) that usually holds the liquid that is to be vaporized. The atomizer serves as a heating element and vaporizes the liquid and each of them contains a power supply like a chargeable plug, USB drive or batteries.

An e-cigarette produces nicotine infused vapour and though it looks like smoke is actually atomised air. Some e-cigs replace this nicotine vapour with other flavours like vanilla, chocolate, etc. though certain anti-smoking groups feel this could encourage minors to smoke. As a smoking cessation tool some manufactures even look to replicate the flavour of particular brands like Marlboro, Camel, etc. (Read: Electronic Cigarettes what are they?)

For more articles on e-cigarettes, visit our e-cigarette section. Follow us on Facebook and Twitter for all the latest updates! For daily free health tips, sign up for our newsletter. And to join discussions on health topics of your choice, visit our forum.