The frail and seemingly calm Udasi Sahu manages to conceal the excitement of her first plane journey. But the 42-year-old health worker can't conceal the thrill of her job - trying to change the fac

The frail and seemingly calm Udasi Sahu manages to conceal the excitement of her first plane journey. But the 42-year-old health worker can’t conceal the thrill of her job – trying to change the face of maternal health in conflict-torn districts of Odisha. Also Read - Proud mother Ekta Kapoor names her baby boy Ravie

Spanning a journey across the boondocks of north Odisha’s landlocked Keonjhar district, Sahu’s 16 years of unflinching passion to work for womenfolk in the Maoist heartland has landed her the national award as one of the best auxiliary nurse midwives (ANMs) in India. Also Read - Mother's lifestyle choices linked to obesity risk in adolescents, says study

“I always wanted to do this…Almost two decades ago, right after my marriage, I told my husband about my wish to work for village women who were not aware and never cared to think of their own health,” Sahu, a Class 9 dropout, said in Odiya as her colleague translated it into English. Also Read - Mother's Day 2018: A guide to what NOT to gift to your mom to make her happy and break stereotypes

She travelled by an airplane for the first time to receive this award. A well-known face in the district, not even once has she thought of leaving her job or village due to harsh circumstances, thanks to her husband’s support.

Udasi conducts 50 to 60 deliveries a month while she maintains the track record of zero maternal mortality rate in Childa subcentre over the last five years.

“The villages we work in have been facing constant conflict. There have been several indirect attacks from time to time around the sub-centre where our staff gets injured, but that does not mean we will leave women and children unattended,” Sahu says.

In the rural healthcare system, an ANM is the key field level functionary who interacts directly with the community and has been the central focus of all the reproductive child health programmes. The ANM mans the sub-centre – the first contact point between the primary health care system and the community.

Sahu was awarded here at a two-day national consultation on safe motherhood April 11-12. The nominations received from 10 high-focus states were judged by a team led by the ministry of health and family welfare in collaboration with White Ribbon Alliance and other experts on board.

A mother of two, Sahu has seen it all – being a birth attendant in villages amid confrontation between Maoists and security forces, helping women make an informed choice on family planning, immunisation of babies, nutrition programmes or running a health subcentre all by herself.

In forest fringe villages where institutional delivery was a distant dream, Sahu managed to take hospital care to the doorstep, even if she was called at midnight by any family.

Considered to be the pulse of the government’s National Rural Health Mission (NRHM), around 800,000 Accredited Social Health Activists (ASHAs) and ANMs form the ground force of delivering health services in rural parts of the country.

Inspite of the increase, the National Family Health Survey (2006) puts the picture clear on lack of skilled birth attendance: only 52 percent of women receive three antenatal contacts and 42 percent receive any postnatal care. There are districts with just one ANM per 500 population.

Unlike the ASHAs who receive a performance-based incentive, the ANMs are given a monthly pay. However, there are times when these health workers do not get salaries for months together, Sahu admits.

“My children are studying, so we sometimes take loans to run the family. Being an ANM or ASHA doesn’t come easy because there is a lot of running around and little pay,” she said.

Her colleague Jaykumari Dila, a 29-year old ASHA from the same district, took the job because the family was under heavy debt.

Dila, whose monthly earning ranges from Rs.400 to Rs.1,000, received the national award for one of the best ASHAs among the 10 high focus states.

“I know there is no money, but our job calls us ‘actvists’,” Dila, clad in her deep blue ASHA uniform, told IANS.

Sahu has even motivated her 22-year-old daughter to become an ANM. She is all set to fly back to her state where she is popularly known as “Udasi dai” and is seen carrying a cotton sling with medical kit over her shoulder.

Now - a sex ed video for the elderly! 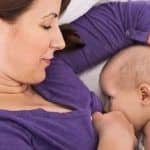 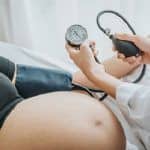 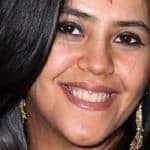 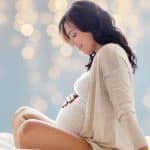 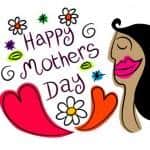 Mother's Day 2018: A guide to what NOT to gift to your mom to make her happy and break stereotypes