A new research suggests that like salaries, people are generally happier if they keep up with the Joneses and are even happier when they’re having more sex. On the other hand, less sex than their pe

A new research suggests that like salaries, people are generally happier if they keep up with the Joneses and are even happier when they’re having more sex. On the other hand, less sex than their peers can make people miserable. Also Read - What you should do when your child is caught cheating in exams

The study, carried out by sociologists at the University of Colorado, in Boulder, found we feel happier the more sex with have but that’s measured by what we think our friends and neighbours are up to. Professor Tim Wadsworth, who led the research, said: ‘There’s an overall increase in sense of well-being that comes with engaging in sex more frequently. Also Read - Friends influence most to start smoking, not quit it: Research

‘But there’s also this relative aspect to it. ‘Having more sex makes us happy, but thinking we are having more sex than other people makes us even happier.’ Prof Wadsworth analysed reports completed by 15,386 people surveyed between 1993 and 2006 who described their lives and happiness levels. Also Read - Peer pressure can help kids avoid soft drinks!

Those reporting having sex two to three times a week are 55 per cent more likely to report a higher level of happiness. But how do we know how much sex other people are having? Prof Wadsworth speculates that people refer to magazine sex surveys and draw on television and film portrayals. He added: ‘There is plenty of evidence that information concerning typical sexual behaviour is learned through discussions within peer groups and friendship networks.’

If someone is having sex two to three times a month but believes their peers are having sex weekly, their probability of reporting a higher level of happiness falls by about 14 per cent, Prof Wadsworth found. Unfortunately, we have a tendency to compare ourselves who we believe to be better off in life.

‘We’re usually not looking down and thinking of ourselves as better off, but instead looking up and therefore feeling insufficient and inadequate,’ said Prof Wadsworth. ‘But comparisons are meaningful only if there’s some sense of what other people are like. ‘As such, we can only be wealthy if others are poor, or sexually active if others are inactive.’

His paper, ‘Sex and the Pursuit of Happiness: How Other People’s Sex Lives are Related to Our Sense of Well-Being,’ is published in the journal Social Indicators Research.

Why beer makes you happy 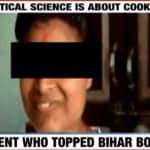 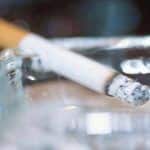 Friends influence most to start smoking, not quit it: Research 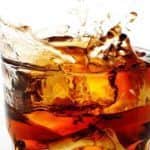 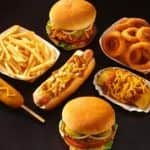 Are your friends influencing your food choices? 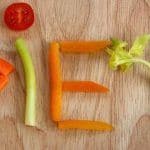