Older adults who have sex more frequently do better in brain function tests. 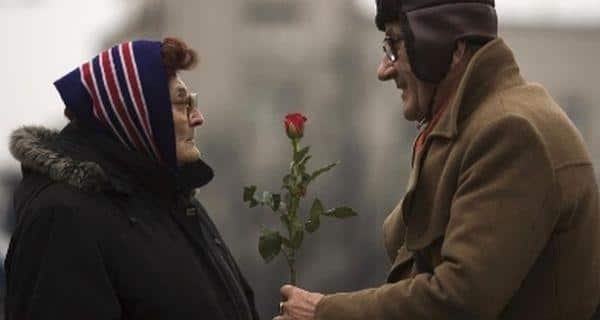 Staying busy in your bedroom even after age 50 could be good for your brain as researchers have found that older adults who have sex more frequently do better in brain function tests. The researchers found that those who engaged in more regular sexual activity scored higher on tests that measured their verbal fluency and their ability to visually perceive objects. “People don’t like to think that older people have sex – but we need to challenge this conception at a societal level and look at what impact sexual activity can have on those aged 50 and over, beyond the known effects on sexual health and general well being,” said lead researcher Hayley Wright from Coventry University in England. The study, published in the Journals of Gerontology, Series B: Psychological and Social Sciences, involved 73 people aged between 50 and 83. Participants filled in a questionnaire on how often, on average, they had engaged in sexual activity over the past 12 months – whether that was never, monthly or weekly – as well as answering questions about their general health and lifestyle. They also took part in a standardised test, which is typically used to measure different patterns of brain function in older adults. Also Read - Ayahuasca: Know the benefits and side effects of this trending psychoactive brew

This included verbal fluency tests in which participants had 60 seconds to name as many animals as possible, and then to say as many words beginning with F as they could — tests which reflect higher cognitive abilities. They also took part in tests to determine their visuospatial ability which included copying a complex design and drawing a clock face from memory. It was these two sets of tests where participants who engaged in weekly sexual activity scored the most highly, with the verbal fluency tests showing the strongest effect. The researchers from the universities of Coventry and Oxford said further research could look at how biological elements, such as dopamine and oxytocin, could influence the relationship between sexual activity and brain function to give a fuller explanation of their findings. “We can only speculate whether this is driven by social or physical elements – but an area we would like to research further is the biological mechanisms that may influence this,” Wright said. “Every time we do another piece of research we are getting a little bit closer to understanding why this association exists at all, what the underlying mechanisms are, and whether there is a ’cause and effect’ relationship between sexual activity and cognitive function in older people,” Wright added. (Read: Sex could be the key to psychological well being in the elderly) Also Read - World Breastfeeding Week: Get to know how nursing helps boost your baby’s brainpower

Parkinson's may partly be an autoimmune disease