Type-1 diabetes is the auto-immune form of diabetes, in which insulin-producing beta cells in the pancreas are destroyed by body's own immune cells, a study finds.

A new class of antigens has been identified that may be a contributing factor to type 1 diabetes. Type-1 diabetes is the auto-immune form of diabetes, in which insulin-producing beta cells in the pancreas are destroyed by body’s own immune cells, a study finds. Our lab studies the type of T cell known as a CD4 T cell, said Kathryn Haskins from the University of Colorado School of Medicine in the US. We have focused on autoreactive CD4 T cells using a mouse model of autoimmune diabetes. We have been especially interested in identifying the antigens that activate these T cells, Haskins added in the paper published in journal Science. Normally, a CD4 T cell is supposed to respond to foreign antigens. But in autoimmune disease the T cells respond to antigens that are generated in the body. Such proteins and peptides are called autoantigens. When an autoreactive T cell sees its antigen, it becomes activated and can initiate disease. By identifying those antigens, scientists may be able to use that information to detect autoreactive T cells early in disease, or better yet, in at-risk individuals. (Read: Can Type 1 diabetes be reversed?) Also Read - Can diabetes be prevented? Things to do if you are at risk

If they are able to use the antigens to turn off destructive T cells, they may be able to prevent the disease, the study finds. Researchers conducted experiments to analyze the fractions of beta cells that contain antigen for autoreactive CD4 T cells in order to identify autoantigens in type 1 diabetes. They discovered a new class of antigens that consist of insulin fragments fused to peptides of other proteins present in beta cells. That fusion leads to generation of hybrid insulin peptides that are not encoded in an individual’s genome. If peptides in the body are modified from their original form, they essentially become foreign to the immune system and this may explain why they become targets for the autoreactive T cells. The discovery of hybrid peptides as targets of the immune system provides a plausible explanation of how the immune system is tricked into destroying the body’s own beta cells. The discovery may also lead to a better understanding of other autoimmune diseases. (Read: Is the cure for type1diabetes close to reality? Harvard & MIT scientists claim so) Also Read - Diabetes: Common mistakes you are making that can raise your blood sugar levels

Apraxia, a type of speech disorder can lead to brain disease 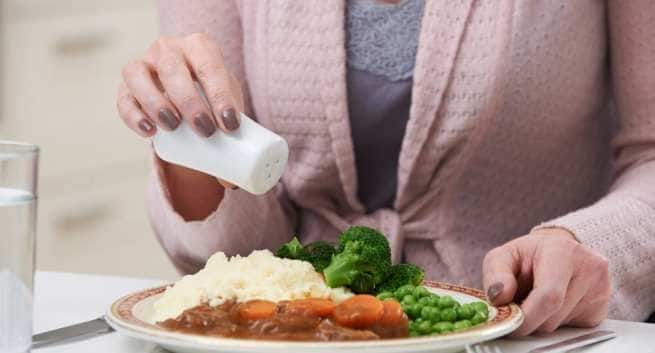 9 hidden sources of salt you should know about