Scientists have unravelled the secret of supple arteries

Scientists have unravelled the secret to ward off heart attacks. They have discovered how arteries retain their suppleness and health.  Protein apolipoprotein E (apoE) plays a major role in arterial

Scientists have unravelled the secret to ward off heart attacks. They have discovered how arteries retain their suppleness and health.  Protein apolipoprotein E (apoE) plays a major role in arterial softness, according to the researchers from the Perelman School of Medicine, University of Pennsylvania, Wistar Institute, and the Children’s Hospital of Philadelphia. Also Read - Want to look younger? Here are 5 effective home remedies to get wrinkle-free skin

ApoE is a component of several lipoproteins, including HDL, the ‘good’ cholesterol, which is believed to prevent atherosclerosis (hardening of arteries, a major risk factor in cardiovascular risks), according to the journal Cell Reports. The current study suggests that the apoE-containing HDL confers the main benefit of HDL by promoting arterial softness, according to a Philadelphia statement. Also Read - Beware! These prescription drugs can cause serious side effects

‘HDL can’t be looked at as just one compound, because it is a mixture of different molecular components,’ explained senior author Richard K. Assoian, professor of pharmacology at Perelman School. ‘The component that has these effects on arterial stiffening is a minor part of total HDL. It might be the apoE HDL fraction that you need to keep high and not worry about the total HDL,’ he suggested. Also Read - Ways to get healthier looking skin by boosting collagen levels

‘Because apoE is only about six percent of total HDL, it could go up sky high or not at all, and you probably wouldn’t detect it in these studies that try to raise total HDL,’ added Assoian.

‘Perhaps there are other routes that you could use independent of cholesterol and statins, that could help keep atherosclerosis at bay. We think controlling stiffening is one of those. We showed in the paper that even when cholesterol is remarkably high, if you soften tissues back to a healthy level, atherosclerosis is inhibited,’ said co-first author Devashish Kothapalli.

Assoian noted that this could help to reconcile the conflicting clinical evidence regarding the link between HDL and reduced cardiovascular disease.

Analyzing genetic datasets of regular mice with apoE and mutant mice without it, researchers found that mutant mice displayed signs of stiffening arteries, namely production of proteins collagen, fibronectin, and lysyl oxidase.  They then fed these mice with a high-fat diet and treated them with a lysyl oxidase inhibitor. Despite highly elevated cholesterol, mutant mice showed a marked improvement in their atherosclerosis.

The results suggest that the lack of apoE results in arterial stiffness.

Ajmal Kasab does not have dengue 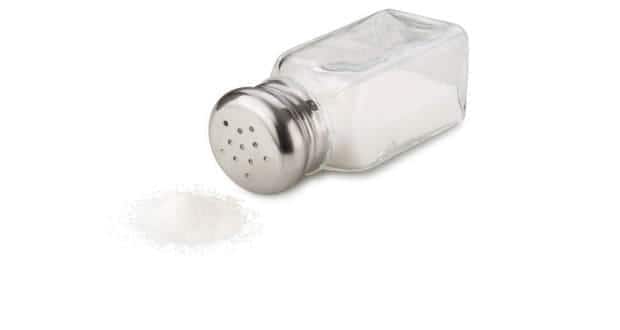 Keep salt intake down to 3/4 of a teaspoon per day: American Heart Association