In what could be deemed a major breakthrough, scientists have found a common genetics link between five mental disorders – bipolar disorder, major depressive disorder, autism, schizophrenia and atte

In what could be deemed a major breakthrough, scientists have found a common genetics link between five mental disorders – bipolar disorder, major depressive disorder, autism, schizophrenia and attention deficit hyperactivity disorder (ADHD). They showed substantial overlap of genetic risk factors shared between bipolar disorder, major depressive disorder and schizophrenia and less overlap between those conditions and autism and attention deficit-hyperactivity disorder (ADHD). Also Read - Mental illnesses on the rise in India: Know why and what you can do to fight the problem

They are now moving toward understanding the molecular underpinnings of psychiatric illness.  The findings provide insight into the biological pathways that may predispose an individual to disease and could ultimately lead to the development of new therapeutic avenues to treat the five major psychiatric illnesses. Also Read - Spend time in nature to reduce work stress and improve mental health

Study co-senior author Kenneth S. Kendler, M.D., professor of psychiatry, and human and molecular genetics in the Virginia Commonwealth University School of Medicine, and an internationally recognized psychiatric geneticist, said that this is a very large scale study using a new, innovative statistical method.  Kendler asserted that prior to this model, we have not been able to address these questions and their results have given them by far the clearest picture available to date of the degree of genetic similarity between these key psychiatric disorders. (Read: Depression – understanding is half the battle won) Also Read - A patient’s metabolism could predict risk of depression relapse

He said that the team is hoping that this will help them both in developing a more scientifically based diagnostic system and understanding the degree of sharing of the biological foundation these illnesses.

The study builds on findings published earlier this year in The Lancet, which reported that specific single nucleotide polymorphisms, or SNPs, are associated with a range of psychiatric disorders that can occur during childhood or adulthood.

The study has been published in Nature Genetics’ Advance Online publication.

Major depressive disorder: Sadness is part of the life without which happiness would have no meaning. To feel sad during major life crises like the death of a loved one, losing a job or the ending of a relationship is normal. Depression on the other hand is a condition where there is prolonged sadness and an individual’s mood isn’t tied to life events. While healthy individuals have moods related to life events, people suffering from depression suffer from disproportionate amount of sadness and guilt. It is a serious medical condition in which the symptoms make it difficult for the person to function in society, often leads to poor physical health and severe emotional pain. Read more…

ADHD: Attention deficit hyperactivity disorder (ADHD) is a disorder that appears in early childhood. It makes it difficult for individuals to restrain their spontaneous responses—responses that can involve everything from movement to speech to attentiveness.

The signs and symptoms of ADD/ADHD typically appear before the age of seven. However, it can be difficult to distinguish between attention deficit disorder and normal “kid behaviour.” If the signs and the symptoms appear only in some situations, it’s probably not ADD/ADHD. The child has to show six or more specific symptoms of inactivity and/or hyperactivity on a regular basis for more than six months in more than two settings. Read more…

Bipolar Disorder: Bipolar disorder is a kind of mood disorder where sufferers experience episodes of extreme elation or ‘mania’ alternating with episodes of extreme depression. It varies from person to person and in lower levels the manic phase can be highly productive while at more advanced levels this phase can lead to erratic behaviour and complete disconnect from the real world. Read more…

Schizophrenia: A mental disorder characterised by the complete breakdown of thought process and emotional responses. Symptoms include hallucinations, paranoid or bizarre delusions, broken speech and at times complete social or occupational dysfunction. It usually starts in young adulthood and affect 0.3-.07 % of the world’s population.

Autism: Autism is a developmental disorder which is usually detected early in life. It is an incurable complex neurobiological condition that impacts communication, behaviour and social relationships and affects 1% people. It has become the fastest growing global disorder. In this condition, cognition skills are hampered because of altered nerve cells although it is not understood exactly why this happens. Autistic kids have trouble with basic everyday tasks and have hampered social development. Read: 10 things every child with autism hoped you knew 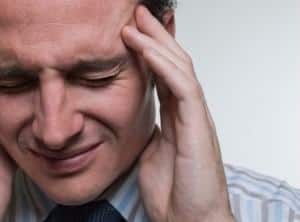 Why you should take headaches more seriously