For long now scientists have tried to develop new methods for quick diagnosis and prevention of diseases like HIV-AIDS. However, till date there is not preventive vaccine against HIV but scientists ha

For long now scientists have tried to develop new methods for quick diagnosis and prevention of diseases like HIV-AIDS. However, till date there is not preventive vaccine against HIV but scientists have now developed a vaccine that boosts the patient’s immune system and hence increases the effectiveness of his anti-retroviral therapy. (Read: 11 interesting facts about HIV/AIDS you didn’t know!) Also Read - Sexually transmitted diseases: One child or youth under 20 ‘infected with HIV every 100 seconds’

Also Read - Expert Speak: What people with HIV should know about coronavirus

‘We prove for the first time that antiretroviral therapy may be intensified by a vaccine,’ said lead researcher Barbara Ensoli from the Italian National AIDS Centre at the Istituto Superiore di Sanita in Rome, Italy. ‘These results open new scenarios to investigate, namely whether this vaccine may help with virus control where patients have low adherence to antiretroviral therapy, simplify treatment, and reduce transmission of the disease,’ Ensol noted. When people are first diagnosed with HIV they are put on antiretroviral drugs, also known as highly active antiretroviral therapy (HAART). These drugs can stop the virus reproducing almost completely. Also Read - 4 common health issues affecting people around the world

When taking HAART, however, it is known that the virus can still replicate at low levels and accumulate in a latent form in what are called ‘reservoirs’. The new study has now found that a vaccine that targets the viral protein ‘Tat’, which is produced early on in HIV infection, can increase effectiveness of these drugs used in current HIV treatment. (Read: 33 Frequently Asked Questions (FAQs) about HIV)

For the study, the researchers conducted a Phase II clinical trial that injected 168 HIV-infected patients with the vaccine that contained either 7.5 micrograms or 30 micrograms of the Tat protein. For both doses, the participants received the vaccine once a month over the course of either three or five months. The patients also continued on HAART treatment. Patients were followed for three years (144 weeks). It was found that the vaccine induced production of anti-Tat antibodies. A significant growth of CD4+ T cells was also seen, which is a sign of the immune system’s strength. (Read: HIV diagnosis – everything you should know about)

There was also an increase in the T, B and other immune cells. The biggest response was seen among those who received the vaccine with 30 micrograms of Tat over the course of three months. These effects were found to persist for all the three years.

The study was published in the open-access journal Retrovirology. 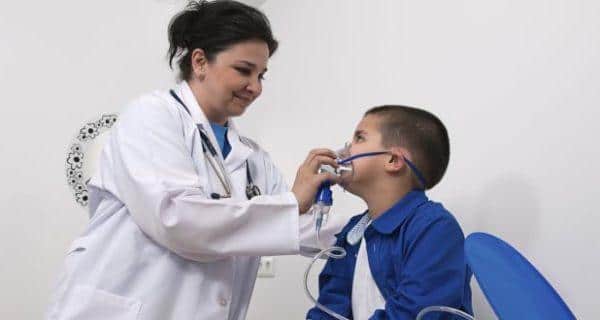 Could your child's cough be a symptom of asthma?