Apollo hospital has set up a state-of-the-art body scanner which detects cancerous cells quickly, and may go a long way in timely selection of treatment for cancer patients, officials of the hospital

Apollo hospital has set up a state-of-the-art body scanner which detects cancerous cells quickly, and may go a long way in timely selection of treatment for cancer patients, officials of the hospital said on Wednesday. The Positron Emission Tomography-Magnetic Resonance (PET-MR) has been combined with PET Computerised Tomography (CT) to create the PET Suite which scans patients quicker, thus reducing discomfort and helping in therapy selection and treatment. Also Read - Full course of radiation therapy may soon take less than a second

‘Since they (doctors) can simultaneously acquire data from the whole body, the scanning takes less time, thus, reducing the discomfort of the patient,’ Prathap C. Reddy, chairman of the Apollo Hospitals Group, told reporters in New Delhi. ‘As MR has no radiation, this machine can significantly reduce the overall radiation dose, making it safer for paediatrics and patients undergoing repeated studies for therapy monitoring,’ he added. Compared to hospitals abroad, ‘the cost is 75 percent less and diagnostic accuracy is 100 percent,’ said Uma Ravishankar, head of the department of molecular imaging and nuclear medicine. Also Read - Risk factors of brain tumour you should know about 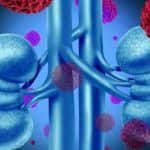