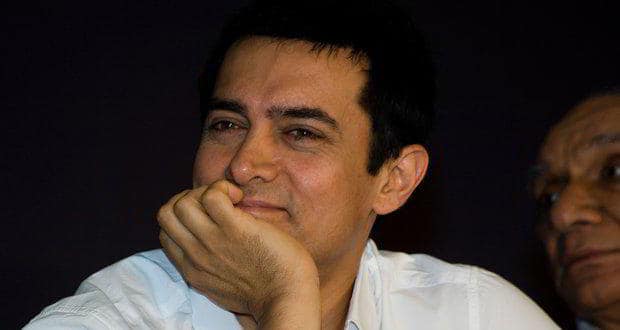 He promised the truth and we got it. The horrifying truth about female foeticide and theperils of the girl child in India. Disbelief, horror, tears, smiles --- Aamir Khan evoked all this among his rapt audience as he dealt with the sensitive topic in the first episode of "Satyamev Jayate" - without being preachy. There were many moist eyes among those in the TV audience and many more at homes and offices across India as people tuned in to watch the much-awaited programme, which Aamir said in his ads he wanted to replicate the phenomena created by the epic "Mahabharat" and "Ramayana" teleserials of yore on Sunday mornings. Equipped with well-researched instances and case studies, Aamir's one-and-a-half hour programme was telecast on Star Plus and Doordarshan simultaneously.

The maiden episode highlighted how unethical medical practitioners are hand in glove with families wanting to kill the female unborn baby. He also dispelled the perception among people that female foeticide is practised by rural people or those living in small towns with Mitu Khurana's case. She is a doctor who has left home to save her twin daughters from death from her educated in-law's family. In fact if that's not enough, there have been cases of infertility clinics promising couples boys even through artificial reproduction techniques like In-vitro fertilization.

The episode started with the case of Amisha Yagnik from Ahmedabad who said she was forced to abort her female unborn child six times in eight years, while Parveen Khan, from Morena, Madhya Pradesh, was brutally bitten by her husband on her face for having given birth to a girl child against his wishes. Delhi-based doctor Mitu Khurana was asked by her orthopaedic surgeon husband and in-laws to abort her girl twins just after 20 weeks of conceiving. She said her husband and in-laws "took every wrong step to force me to abort" but thanks to her family (father)"I saved my kids", Mitu said on the show. Her mother-in-law, a retired vice-principal from a Rohtak school, kicked a baby basket with one of the babies down the stairs. Miraculously, the child was saved. "My mother-in-law was so much against my kids that she tried to kill them even after their birth," she said on the show.

The story of the three women brought tears to host Aamir's eyes as well as that of many in the audience. According to 2011 Census, the rate at which the unborn female child is killed amounts to killing off 10,00,000 girls a year and there were 914 girls for every 1,000 boys.

No country for women

Aamir brought into focus the dangers of female foeticide by showing a village in Khurukshetra in Haryana where marriagable men have not been able to find women to marry as there were no women in that age bracket left. Ironically, a hospital in the same state recently revealed how they were being overwhelmed by the number of abandoned female infants being brought in for treatment.

He highlighted another danger of female foeticide - human trafficking. Virendra Vidrohi, a social activist from Alwar Rajasthan, said thousands of women from poor families in eastern states are being "sold" in some places in Rajasthan due to a dearth of women. "In the last one year 15,000 women from Bihar, Orissa and Andhra Pradesh have been brought and sold here to families. This has led to human trafficking in Rajasthan," he added.

Aamir also forcefully stated to the audience that the sex of the unborn child depended on the chromosome of the father. "If we worship goddess Durga, why kill unborn girls," he said. Aamir also brought on the show two journalists who carried out a sting operation against doctors involved in sex determination in Rajasthan and how the case is still dragging in various courts in Rajasthan. He kept people glued to the show and promised to tell them of a "magic wand" to get rid of the evil practice of female foeticide at the end of the show. Pointing at the audience, he said it is time to take a stand and all should get involved - and now. It's heartening to see someone finally taking a stand and we =hope that in the near future we don't have to hear about a Falak or Afreen.