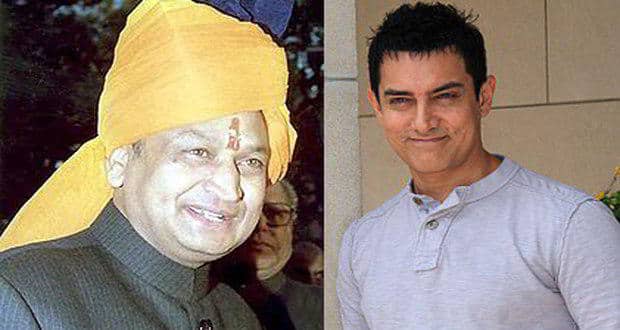 Rajasthan Chief Minister Ashok Gehlot Wednesday assured actor Aamir Khan, whose TV show "Satyamev Jayate" created a storm with its in-depth study of female foeticide, that he would take up the issue of a fast track court with the state chief justice so that justice was expedited.

Addressing a press conference with Aamir by his side, the chief minister said the show brought reality to the forefront. "I never heard about his show before it went on air," he said, adding that the matter had now been exposed.

"We are doing a lot of work towards the issue," Gehlot said. "But to handle this problem we need the support of the state police. He has already done a lot through his show," Gehlot said.

"Satyamev Jayate", which was telecast Sunday, discussed female foeticide through case studies of women, opinion of experts and also invited two Rajasthan-based TV journalists who had seven years ago done a sting operation. The sting by Meena Sharma and Shripal Shaktawat had covered 140 doctors involved in sex determination tests and abortions.

Gehlot, he said, assured him that he would speak to the chief justice of Rajasthan to bring all cases under one court so the cases were heard as soon as possible.

The star said he was hopeful that his debut TV show, telecast on Doordarshan and Star Plus, would "touch people's hearts".

"Wherever such incidents occur, we will go," he told reporters.

"I was expecting that I would be able to touch people's heart with the show and I am glad to see the effect of the show. I am happy about it," Aamir said..

"I want to touch people's emotions and know their feelings, whether it is through a film like 'Dhoom 3' or through this show.

"As an entertainer, it is not necessary that I only make people laugh, it means that I should be able to evoke all emotions in them."