Veteran actor Sadashiv Amrapurkar, known for versatile performance 'Ardh Satya', 'Sadak' and 'Aankhen,' passed away today at 2:45 am at Kokilaben Dhirubhai Ambani Hospital. The 64-year old actor was admitted to the hospital and was undergoing treatment for interstitial lung disease. He was not keeping well for the past 3 weeks and was in the intensive care unit (ICU) on life support ventilator.

According to family sources said, his last rites will be performed in Ahmednagar district, his native place, tomorrow. Amrapurkar had won two Filmfare awards. In 1984, he won the award for the best supporting actor for 'Ardh Satya' and in 1991, the best villain trophy for his portrayal of a ruthless eunuch in 'Sadak'.

His other works include, 'Ishq', 'Coolie No. 1' and 'Gupt: The Hidden Truth'. He later shifted his focus on Marathi movies. Amrapurkar was last seen on the big screen in 2012 film 'Bombay Talkies'. He had become selective and was more into social work in last few years. 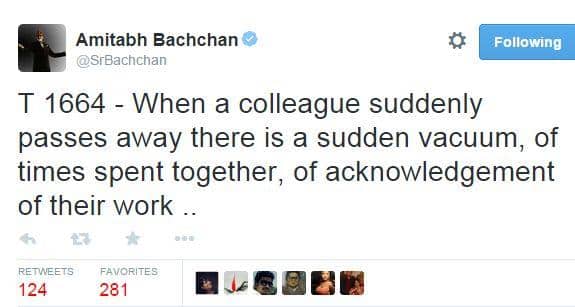 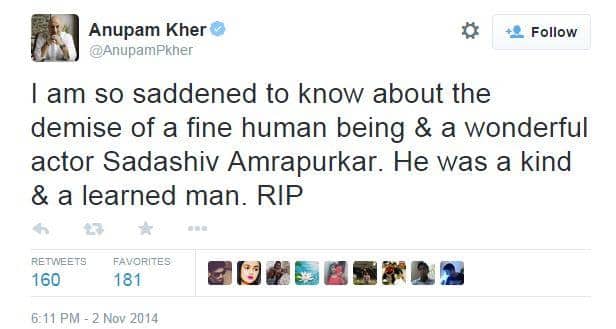 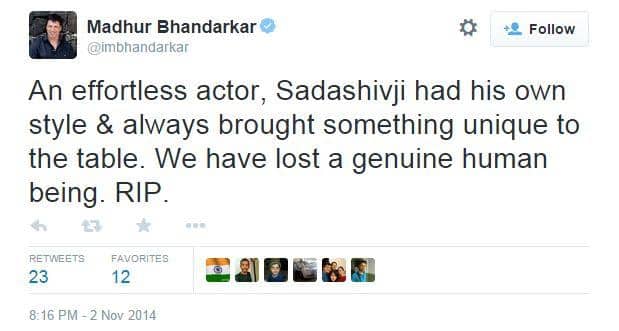