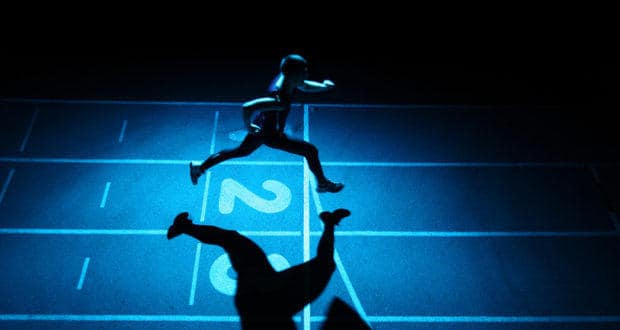 A new study has revealed that harnessing personal rivalries could boost up an individual's athletic performance and motivate them to work harder. The research that surveyed runners and used data from 184 races found that even local races often produce rivals who pushed each other to higher levels of performance, and that several other factors lead to rivalry like similarity (e.g. age and gender), repeated competition and closely-decided contests. Gavin Kilduff, from New York University, said that the rivalry between Andre Agassi and Pete Sampras led them to have exhibition matches for charity in recent years, despite the fact that both players have long been retired and that the outcomes of these matches carry no financial stakes, they are still fiercely competitive with each other.

He further explained that runners actually pick one and another out at these kinds of races and also without prompting; they reported that rivalry motivated them to train and race harder and faster. It was established that people's behavior in competition situations depended on their relationship and history of interaction with their opponent, which suggested that they might be able to boost their own levels of motivation and performance by either forming rivalries or harnessing the ones they already have. Kilduff did offer some caution in approaching rivalries, noting other research that suggested that people might act more unethically or engage in more risky behaviors if it means outperforming a rival and it was also suggested that rivalries may have other unexplored benefits such as promoting greater commitment and loyalty within groups. The study is published in Social Psychological and Personality Science.