Rise in hand, foot and mouth disease among children in Delhi

Doctors in the Indian capital are seeing a sudden spurt in the number of cases of hand, foot and mouth disease (HFMD) that afflicts mostly toddlers and children and spreads through saliva, mucus from

Tags: HFMD  In the news  Virus

Doctors in the Indian capital are seeing a sudden spurt in the number of cases of hand, foot and mouth disease (HFMD) that afflicts mostly toddlers and children and spreads through saliva, mucus from the nose and even from faeces. Also Read - Chapare virus: Scientists confirm rare deadly virus in Bolivia can spread from person to person

As the virus spreads very fast among children, one of the prestigious Delhi schools has closed down its nursery wing, while many schools are issuing circulars to parents to keep the child home if they find their child is suffering from cough, cold and fever. Also Read - 7 reasons why the #BeefBan is good

HFMD is accompanied by sores or rashes on the hands, feet, posterior, genital areas and ulcers in the mouth, especially on the inner lip area.

Speaking to IANS, paediatricians said the virus is not new, but this time has seen a rise.

‘This virus is nothing new, but this year, we have seen a sudden rise in the cases,’ Arvind Kumar, senior paediatric, Fortis Healthcare, told IANS. (Read: New virus that targets children!)

He said the virus affects mainly children below five years old. It is known to occur mainly at the time of season change.

‘The infection being a viral will last from a week to 10 days, but since it spreads very fast it is important to keep the child in isolation,’ added Kumar.

With ulcers making it difficult for the kid to eat, Kumar advised that the child should only be given cold liquids as it will help numb the ulcers and enable the child gulp down food.

‘Parents should ensure that food and utensils are not shared with the infected child,’ Himanshu Batra, paediatric consultant at Columbia Asia Hospital told IANS.

The doctors have also advised parents to ensure hygiene among children. They said children should wash their hands regularly and keep their toys and surroundings clean.

According to paediatrician Anjana Gulani, in just a week she has treated at least 15 children.

‘Most of these children get the virus in school. Parents should not send them to school and keep them home till they recover. Schools also should create awareness about it as most people do not know about the disease.

‘As the virus is accompanied with high fever, parents sometimes think that maybe their child is affected with dengue. It is best to come and see the doctor immediately,’ Gulani told IANS. (Read: Flash mob in Delhi to support child nutrition) 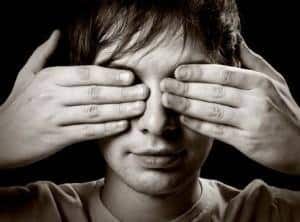 Need to shed stigma associated with leprosy: WHO