According to a new study published in Menopause, change in bacterial mix in the vagina after menopause can lead to vaginal dryness and sexual pain during intercourse. This happens due to a condition c

Tags: Bacteria  Dyspareunia  In the news 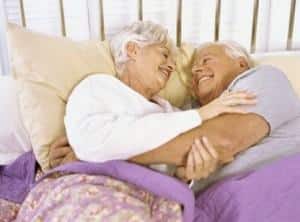 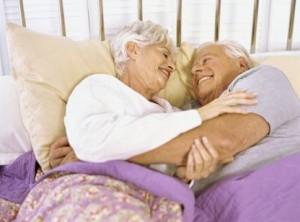 According to a new study published in Menopause, change in bacterial mix in the vagina after menopause can lead to vaginal dryness and sexual pain during intercourse. This happens due to a condition called VVA or vulvovaginal atrophy, which can be prevented with the use of lubricants or personalized probiotics. Also Read - Ganesh Chaturthi 2020: 4 reasons an eco-friendly Ganesha is good for you

Also Read - Painful intercourse or dyspareunia can be stressful: Know all about this condition

If the symptoms of VVA are low, then lubricants or vaginal moisturizers are recommended but if VVA is high or severe, then a low-dose oestrogen is administered in the vagina for therapy. However, estrogen is not good for everyone and some women don’t wish to take hormones. Also Read - 7 reasons why the #BeefBan is good

The study was conducted by a team at Johns Hopkins and the University of Maryland. As subjects, they recruited 87 women between the age-group of 35-60.

Pain during sex or dyspareunia is a fairly common condition. It’s estimated that it affects at least one out of every five women. The problem is that no one likes to discuss the issue and people start avoiding sex which in turn costs relationship problems. The extent of the problem differs from woman to woman. It’s not really a disease but a symptom for some physical or psychological condition. Seeking a solution would be based on understanding at what time you’re feeling pain. Do you feel pain when he first enters you or after penetration or only while deep thrusting? The most basic reason for this issue is usually lack of lubrication which can lead to friction. (Read: Painful sex: The issue nobody talks about)

What are some of the lubricants available?

Water-based lubricants are the latest rage among couples because they have clear advantages over the other varieties. They’re extremely smooth, slick and non-messy. It’s easy to wash off, doesn’t leave marks and is compatible with condoms of all kinds including latex. The major con is that it gets used up pretty quickly and needs to applied again and again, which might put a damper on the mood.

Maximus: This lube though water-based is supposed to last long.

Astroglide: It’s supposed to mimic body fluids and is one of the older names in lubricants.

Like water-based ones, silicone-based lubricants are compatible with latex condoms but are far messier than water-based ones. They’re thicker and tend to last far longer. The good thing is that you don’t have to keep on applying it again and again; the hard part is actually getting it off! They’re so effective they work even underwater (if you are into that sort of thing)! One other problem is that many of them have glycerine as one of the ingredients which can lead to yeast infections. 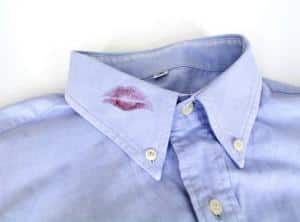 People likelier to cheat with someone less attractive than their spouses!